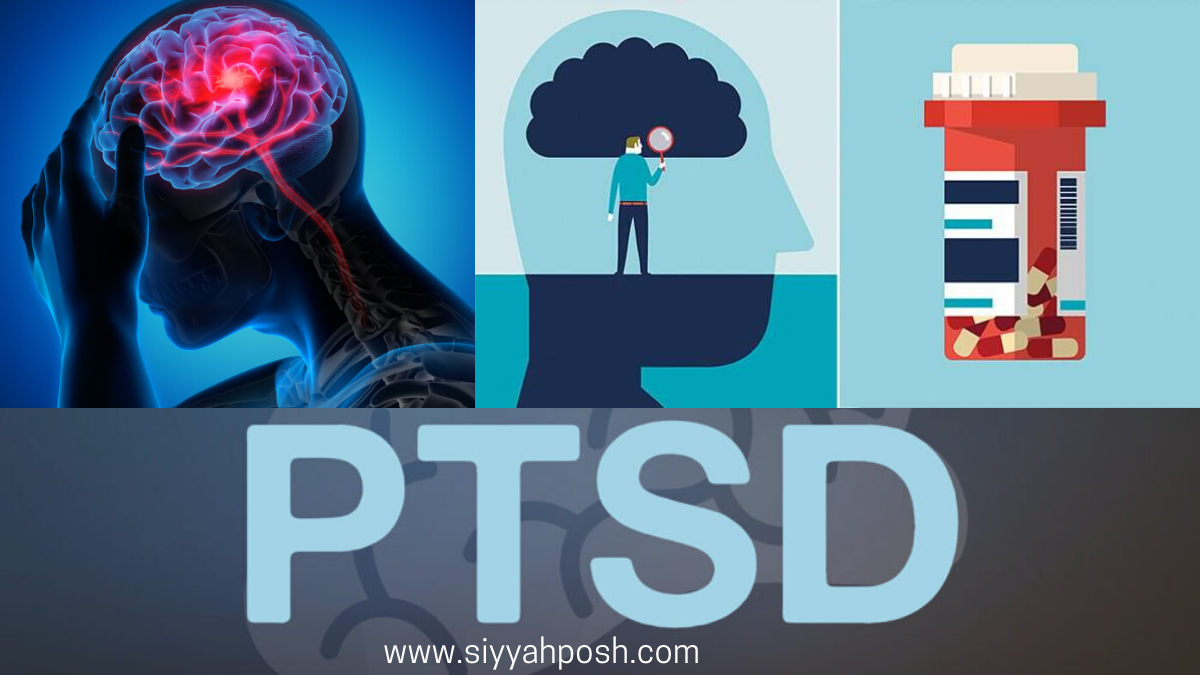 PTSD is one of the psychological ones most prevalent problems at present. From three sources comes the incentive to identify and develop effective early interventions for post-traumatic stress disorder. Firstly, PTSD is a distressing and disabling condition from which many sufferers do not recover spontaneously. Thus, a rapid and effective treatment could reduce the burden of PTSD on individuals and society alike. Second, now that studies have identified the post-incident prevalence rates of PTSD from large-scale disasters and combat, there is concerned to mitigate the impact of PTSD by responding to such incidents in the early days and weeks after. Third, occupational groups such as firefighters have campaigned to recognize their work’s psychological impact and to provide support services as part of their employment conditions. Also, there is a specific drive for early intervention in military organizations – that of enabling traumatized fighters to return as soon as possible to front-line duties. However, given that the prevalence of initial distress following a traumatic event is far higher than that of either an acute stress disorder, there is the potential to deliver interventions to individuals whose problems would be spontaneously remitted. Besides the time engagement required by the traumatized individual, traumatic stress interventions generally involve confronting aspects of distressing experiences whose emotional cost may not warrant early intervention. This potential to dilute the cost-effectiveness of early interventions is an essential factor in service planning, disaster planning, and support for employees. 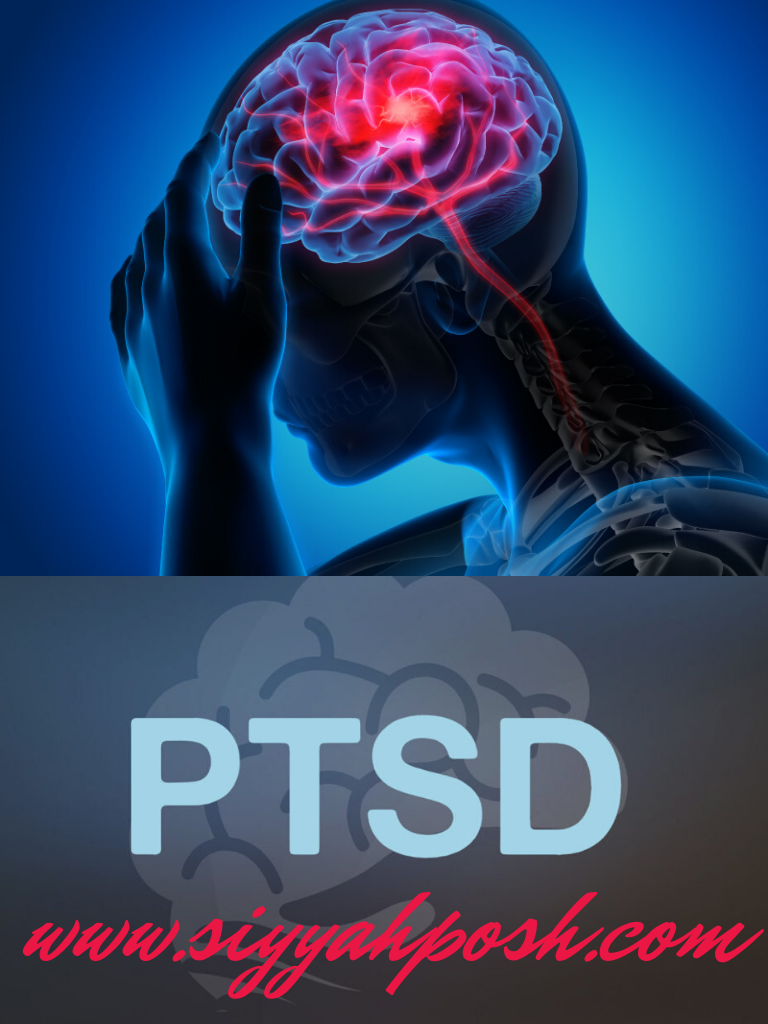 PTSD diagnosis is restricted to individuals

PTSD diagnosis is restricted to individuals who have experienced exceptionally menacing and distressing events. The ICD–10 definition states that after ‘a stressful event or situation, PTSD may develop due to an exceptionally threatening or catastrophic and likely to cause widespread distress nearly anyone (World Health Organization, 1992). Thus, PTSD would not be diagnosed in everyday language after other upsetting events that are described as ‘traumatic,’ such as divorce, loss of a job, or failure of an exam. In these cases, it may be considered a diagnosis of an adjustment disorder. The DSM – IV emphasizes that a traumatic stressor usually involves a perceived threat to life (either one’s own life or someone else’s) or physical integrity, and intense fear, helplessness, or horror. Other PTSD trauma survivors’ emotional responses include guilt, shame, intense anger, or emotional numbing. Whether people develop PTSD or not depends on their subjective perception of the traumatic event as well as the objective facts. For instance, people who are threatened with a replica weapon and think they are about to be shot, or people who only suffer minor injuries during a road traffic accident but believe they’re about to die, may develop PTSD. Also, those at risk of PTSD include not only those who affected directly by a horrible event but also by witnesses, perpetrators, and those who assist patients with PTSD (vicarious traumatization). People at risk of developing PTSD include:
Violent crime victims (e.g., physical and sexual assaults, bombings and riots, Prison service, police, armed force, firefighters, and emergency personnel, even those who are no longer in service. Victims of war, torture, violence, or terrorism sanctioned by the state and refugees.

PTSD – Survivors of disasters and accidents.

People diagnosed with a life-threatening illness.

The onset of symptoms usually appears in the first month following the traumatic event. Still, in the minority (less than 15 percent), there may be months or years of delay before symptoms begin to appear (Gaskell, 2005).
The most characteristic symptoms of PTSD are symptoms that re-experience. The sufferers re-experience aspects of the traumatic event unintentionally in a vivid and distressing manner. These consist of flashbacks in which the character acts or feels as if the occasion is recurring, nightmares, and painful and distressing intrusive pics or other sensory impressions from the event. Reminders of the traumatic incident arouse severe misery and physiological reactions. Another core symptom of PTSD is avoiding reminders of the trauma. These reminders include persons, situations, or circumstances that resemble or are related to the event. People with PTSD often try to push memories of the event out of their minds and avoid thinking about it or discussing it in detail, especially about its worst moments.
On the other hand, many ruminate excessively over questions that prevent them from coming to terms with the event, such as why the incident happened to them, how it might have been prevented, or how they might take revenge. People living with PTSD also describe the emotional numbing symptoms. These encompass incapacity to have any feelings, feeling indifferent from others, giving up previously significant activities, and amnesia for essential parts of the event. Many PTSD sufferers experience other related symptoms, including depression, anxiety, shame, guilt, and reduced libido, contributing to their distress and affecting their function.

As complications of PTSD, sufferers may also develop further, secondary psychological disorders. Complications commonest are:
Disorders of substance use: PTSD patients may use alcohol, drugs, caffeine, or nicotine to cope with their symptoms, which may lead to dependence.
Suicide attempt.
A panic disorder which may lead to additional life-life restrictions (e.g., inability to use public transportation).
Chronic pain and poor health are other possible complications of PTSD. PTSD sufferers are at a higher risk for medical problems, including circulatory and musculoskeletal disorders, and have more medical conditions than people without PTSD.
According to (Gaskell, 2005), it is common to have post-traumatic stress disorder. The lifetime prevalence of PTSD is 7.8 percent (women 10.4 percent, men 5.0 percent) was estimated in a large, representative sample in the U.S. using DSM – III – R criteria. The 12-month prevalence estimates range from 1.3 percent (Australia) to 3.6 percent (USA). Estimates for a 1-month prevalence range from 1.5–1.8% using DSM – IV criteria to 3.4% using the less stringent ICD–10 criteria. The disorder continues to be common in later life but suggests a higher proportion of sub-syndromic PTSD in the older age group.
Different types of traumatic events related to varying rates of PTSD. In several studies, Rape was associated with the highest PTSD rates. For example, 65% of males and 46% of females who were raped met the PTSD criteria (Gaskell, 2005).
After the disasters of the 1980s, emotional reactions to traumatic events began to attain a high priority in the UK, including the Bradford football stadium fire, the Herald of Free Enterprise ferry sinking, and the King’s Crossfire. Following each of those events, committed individuals established treatment services. The following research into the needs of UK citizens held as the ‘human shield’ in the First Gulf War in Kuwait and Iraq, the Department of Health established two national treatment facilities (on short-term contracts) to help promote services development in the UK.