Who Is Charlie Shrem? Why Did He Go to Jail? 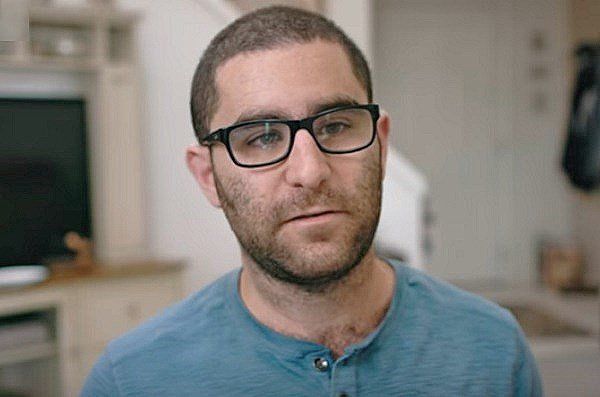 Investors who took an early interest in Bitcoin and held on to their stakes in the cryptocurrency stood to make an incredible amount of money while its price skyrocketed. Indeed, stories of Bitcoin millionaires who held on to an early stockpile of tokens have inspired countless new investors searching for the next big investment in the space.

Among the prominent millionaires who made their fortunes off cryptocurrency, Charlie Shrem is a polarizing figure. A staunch supporter of Bitcoin and the cryptocurrency space, Shrem spent two years in prison for activity related to an unlicensed money-transmitting business.

Shrem was born on November 25, 1989, in Brooklyn, NY, to jeweler parents. Of Syrian-Jewish heritage, Charlie Shrem attended a private, orthodox Jewish high school, Yeshivah Flatbush. After graduating, he attended the City University of New York (CUNY) and graduated with degrees in Economics and Finance.

A college senior when Bitcoin emerged, Shrem began investing in the cryptocurrency but eventually lost his stake when his storage service crashed. Inspired by this loss, Shrem partnered with a friend and fellow cryptocurrency enthusiast, Gareth Nelson, to launch BitInstant, a user-friendly service that helped people convert money into Bitcoin.

BitInstant became a massive success, at one point accounting for roughly 30% of all Bitcoin transactions. In the process, it garnered significant attention from investors, including Winklevoss Capital Management. The company was in operation from 2011 through July 2013.

In the midst of the BitInstant craze, Shrem described himself as a “Bitcoin purist,” a supporter of the digital currency who backed the technology because of what he perceived as its increased security and autonomy over traditional banking institutions.

During the rise of BitInstant, Shrem became the vice chair of the Bitcoin Foundation. In the midst of BitInstant’s soaring popularity, Shrem saw his personal wealth increase significantly.

Shrem drew widespread attention in 2014 when he was arrested and sentenced to two years in prison for his indirect involvement with the transmission of $1 million in Bitcoin to the Silk Road black marketplace.

In 2012, Shrem assisted Robert Faiella with the trading of more than $1 million in cash for Bitcoin holdings that would then be transferred via trade to Silk Road customers. Faiella pleaded guilty to operating an unlicensed money transmitting business in late 2014 and was sentenced to two years in prison.

In the process of Shrem’s sentencing, U.S. District Judge Jed Rakoff ordered Shrem to forfeit nearly $1 million. BitInstant closed in 2013, and Shrem resigned from his position with the Bitcoin Foundation in early 2014. Shrem officially pleaded guilty in September 2014 to aiding and abetting an unlicensed money transmitting business.

Judge Rakoff described Shrem as an individual who had “excitedly” participated in the crime. As Judge Rakoff imposed the sentence on Shrem, he remarked:

“There’s no question that Mr. Shrem, over a period of many months, was knowingly, willfully, and to some extent excitedly, even passionately involved in activity that he knew was a serious violation of the law and that was promoting the evil business of trafficking in drugs.”

The hourly wage Charlie Shrem earned working as a dishwasher after being released from prison.

While Shrem could have been sentenced to five years in prison (the court’s probation office suggested a term of nearly that long), he ultimately remained under curfew and probation through March 2015. He was then imprisoned from late March 2015 through June 2016.Shrem lost nearly all of his money to legal fees and penalties.

Since his release from prison, Shrem has remained a vocal advocate of Bitcoin and cryptocurrencies. Shrem even announced plans to continue to invest in the cryptocurrency space but to diversify his holdings and transfer his Bitcoin profits toward real estate investments. He has also returned to the industry with several new projects and ventures.

In November 2016, for example, Shrem announced the intended launch of Intellisys Capital, for which Shrem would serve as chief technology officer (CTO). The fund intended to offer cryptocurrency tokens to stand in for shares of a portfolio of manufacturing and related companies. The fund dissolved in March 2017.

In May 2017, Shrem joined the cryptocurrency wallet company Jaxx as director of business and community development. Later in 2017, Shrem was linked with Viberate, a blockchain-based startup that aimed to disrupt how musicians without agency representation managed their earnings and concert bookings.

Charlie Shrem vs. the Winklevoss Twins

A lawsuit was filed against Shrem in 2018 by Cameron and Tyler Winklevoss, who alleged that Shrem stole over 30 million dollars in Bitcoin from them.

In 2019, Shrem started a podcast called Untold Stories, which offers a deep dive into the stories surrounding the leaders of the cryptocurrency world.

Charlie Shrem maintains an active online presence. His story has been detailed in books about the cryptocurrency sector, where he is often described as the “first felon” in the space.

Although Shrem’s activity in the cryptocurrency industry has shifted from his earliest efforts leading BitInstant, he remains a staunch and vocal supporter of Bitcoin. He is commonly recruited as a speaker on subjects relating to cryptocurrency and continues to serve several digital currency-related companies and organizations in an advisory capacity.

Shrem hasn’t strayed too far from his passion with his latest business venture, the cryptocurrency-information website Crypto.IQ. Crypto.IQ offers investors information and market news about the cryptocurrency world and a guide to investing in digital assets, including Bitcoin and Ethereum.

How Many Years Was Charlie Shrem in Jail?

Charlie Shrem was sentenced to two years in prison and three years of supervised release for his involvement with the black-market trading of Bitcoin. He served one year of his sentence before being released in 2016.

Where Is Charlie Shrem Now?

Charlie Shrem founded and operates Crypto.IQ, a cryptocurrency-information website, and serves as an expert advisor on cryptocurrencies.

What is Charlie Shrem’s net worth?

Charlie Shrem may be remembered for his success in the world of cryptocurrencies or his involvement with Silk Road’s illegal drug trade. Regardless, his expertise and experience are highly regarded and are rivaled by few. From operating a successful bitcoin exchange to rebounding after a stint in prison, Shrem is not likely to leave the digital currency industry anytime soon. Time will tell if he will regain his superstar status, but it appears that he’s on his way.