Who Are the World’s Top 5 Bitcoin Millionaires? 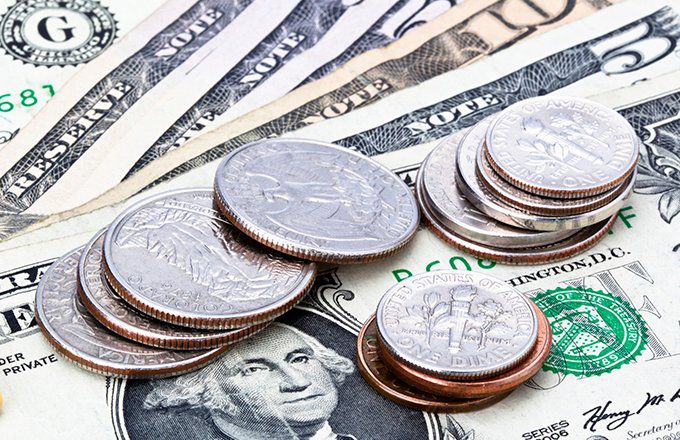 Bitcoin is a digital asset and payment system with a market capitalization of around $747.34 billion as of April 12, 2022. It is considered by many to be one of the most successful digital currencies ever created. The first-ever bitcoin exchange-traded fund (ETF) was launched in October 2021, pushing the cryptocurrency to new all-time highs.

Bitcoin’s stratospheric rise since 2009 has created a surprising and diverse set of millionaires. These millionaires have made money by creating products to grow Bitcoin’s still-nascent ecosystem. For example, some have created exchanges for trading the cryptocurrency and its derivatives. Others have used it to create financial products and tokens that have minted millions. Their products and services have benefited from a surge in popularity and price for Bitcoin.

Of course, Bitcoin was—and still is—a risky asset class. The absence of regulatory guardrails and the cryptocurrency’s price volatility have attracted criminals and investors alike. But those drawbacks only serve to highlight the achievements of Bitcoin millionaires because they not only were early adopters but also predicted its economic opportunity.

Changpeng Zhao is the founder of Binance, the world’s biggest cryptocurrency exchange by trading volume. According to the Bloomberg Billionaire Index, Zhao’s net worth was $96 billion in January 2022. The publication writes that Zhao’s fortune could be “significantly higher” because their estimate does not take into account his personal crypto wealth, which includes his holdings of Bitcoin and Binance Coin, the cryptocurrency used for transactions at Binance. In April 2021, Forbes estimated Zhao’s net worth to be $1.6 billion.

Zhao, who immigrated to Canada at the age of 13 from China, came to Bitcoin via a poker game with friends. He went all-in on cryptocurrencies thereafter and even sold his apartment for Bitcoin in 2014. Binance, which was started in 2017, handles transactions that run into billions of dollars on a daily basis. While it may not be as well-known as Coinbase to U.S. customers, Binance is bigger and offers more coins and derivatives to customers than its competitor. Bloomberg reports that it generated $20 billion in revenues in 2021.

The exchange’s nimble ascent has taken a toll on its regulatory standing. It is under regulatory scrutiny in major financial jurisdictions and has been forced to operate without a headquarters. Zhao told Bloomberg that he welcomes crypto regulation. As far as wealth is concerned, he remains unfazed by his billionaire status. “I don’t care about wealth, money, rankings,” he told Bloomberg, adding that he is prepared to give away most of his wealth before he dies.

Sam Bankman-Fried’s ascent to crypto billionaire status has been fairly rapid. The MIT grad founded FTX, one of the world’s most popular crypto exchanges, in 2019, and he was estimated to be worth $26.5 billion in October 2021 by Forbes. FTX differentiates itself from competition by offering a slate of innovative products unavailable at other exchanges. This mix includes sophisticated derivatives, digital tokens of physical stock, and pre-initial public offering (IPO) contracts.

Bankman-Fried generated headlines when he made a donation of more than $5 million to current U.S. President Joe Biden’s campaign in 2020. He is a California native and vegan who calls himself an effective altruist—someone who maximizes his social impact across a broad range of societal initiatives.

Tyler and Cameron Winklevoss parlayed the millions that they earned from their lawsuit against Facebook into cryptocurrencies. They became the first billionaires in the crypto ecosystem after the late 2017 surge in Bitcoin prices. Forbes estimates their net worth at $5 billion each.

While most of their estimated wealth comes from investments in cryptocurrencies, the Winklevoss twins are also entrepreneurs who started the Gemini cryptocurrency exchange. The exchange was valued at $7.1 billion after its $400 million fundraising in November 2021. They also own Nifty Gateway, a platform to buy and sell non-fungible tokens (NFTs).

Brian Armstrong is the founder of Coinbase, North America’s biggest cryptocurrency exchange by trading volume. He co-founded the exchange in 2012 after quitting his job as a software engineer at Airbnb. Armstrong has a 19% stake in Coinbase and is estimated to be worth $10.4 billion by Forbes in January 2022. In its billionaire index, Bloomberg had Armstrong’s net worth as $9.69 billion in the same time period.

Due to its easy-to-use interface and credibility, Coinbase is considered the gateway for retail investors to join the crypto ecosystem. The exchange has suffered many hiccups, such as halts in trading, while attempting to scale operations in the midst of crypto volatility. The exchange went public in April 2021 and had a total market capitalization of $41.736 billion at the close of trading on April 11, 2022. Armstrong has said that he started Coinbase because he wanted the world to have a “global, open financial financial system that drove innovation and freedom.”

Bitcoin has attracted numerous unconventional investors over the years. None, however, has the zeal and enthusiasm of Michael Saylor, CEO of software firm MicroStrategy Inc. (MSTR). The firm began acquiring the cryptocurrency in August 2020 by snapping up Bitcoin worth $250 million. At that time, the firm said it was buying the cryptocurrency to make better use of the cash holdings on its balance sheet.

Over time, Saylor has become a fierce supporter of Bitcoin and appeared on news and cryptocurrency conferences to evangelize its benefits and use cases. By December 2021, MicroStrategy had increased its holdings in Bitcoin to $3.5 billion, swooping in to buy the cryptocurrency during price dips. The strategy has served Saylor and his company well.

MicroStrategy’s stock price skyrocketed by more than 337% (as of December 2021) after it announced the Bitcoin acquisition. Meanwhile, Forbes estimates Saylor’s net worth to be $2.2 billion as a result of his bet on Bitcoin.

As cryptocurrencies become popular, the numbers of people making billions off the new asset class has increased. Crypto billionaires are a motley bunch. Some have made their billions by providing products and services to the emerging ecosystem while others have generated profits by investing in crypto volatility.

Investing in cryptocurrencies and other initial coin offerings (ICOs) is highly risky and speculative, and this article is not a recommendation by Investopedia or the writer to invest in cryptocurrencies or other ICOs. Since each individual’s situation is unique, a qualified professional should always be consulted before making any financial decisions. Investopedia makes no representations or warranties as to the accuracy or timeliness of the information contained herein.

Who is the wealthiest person in cryptocurrency?

According to the Bloomberg Billionaire Index, Changpeng Zhao—founder of cryptocurrency exchange Binance—is estimated to be worth $96 billion, making him the richest person in cryptocurrencies.

Who owns the most Bitcoins?

The pseudonymous developer of Bitcoin Satoshi Nakamoto tops the list of Bitcoin owners, reportedly holding over 1 million of the digital coins.

There were nine cryptocurrency billionaires in Forbes’ April 2021 ranking of billionaires. With an estimated net worth of $8.7 billion, FTX founder Sam Bankman-Fried was the richest crypto billionaire in the list.

How can you earn billions from cryptocurrencies?

Contrary to popular perception of cryptocurrencies, the richest persons in its ecosystem have not generated their wealth through investments. Instead, they have minted profits by identifying existing gaps in the crypto ecosystem and starting products or services to plug that gap.