What Is Warren Buffett’s Investment Strategy? 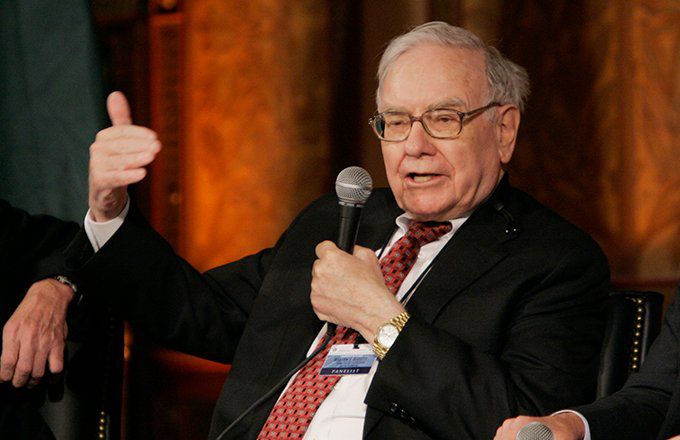 Who hasn’t heard of Warren Buffett—one of the world’s richest people, consistently ranking high on Forbes’ list of billionaires? His net worth was listed at $125 billion as of April 19, 2022. Buffett is known as a businessman and philanthropist.

But he’s probably best known for being one of the world’s most successful investors. This is why it’s not surprising that Warren Buffett’s investment strategy has reached mythical proportions. Buffett follows several important tenets and an investment philosophy that is widely followed around the globe. So just what are the secrets to his success? Read on to find out more about Buffett’s strategy and how he’s managed to amass such a fortune from his investments.

Warren Buffett was born in Omaha in 1930. He developed an interest in the business world and investing at an early age including in the stock market. Buffett started his education at the Wharton School at the University of Pennsylvania before moving back to go to the University of Nebraska, where he received an undergraduate degree in business administration. Buffett later went to the Columbia Business School where he earned his graduate degree in economics.

Buffett began his career as an investment salesperson in the early 1950s but formed Buffett Associates in 1956. Less than 10 years later, in 1965, he was in control of Berkshire Hathaway. In June 2006, Buffett announced his plans to donate his entire fortune to charity.

Then, in 2010, Buffett and Bill Gates announced that they formed the Giving Pledge campaign to encourage other wealthy individuals to pursue philanthropy.

Buffett follows the Benjamin Graham school of value investing. Value investors look for securities with prices that are unjustifiably low based on their intrinsic worth. There isn’t a universally accepted way to determine intrinsic worth, but it’s most often estimated by analyzing a company’s fundamentals.

Like bargain hunters, the value investor searches for stocks believed to be undervalued by the market, or stocks that are valuable but not recognized by the majority of other buyers.

Buffett takes this value investing approach to another level. Many value investors do not support the efficient market hypothesis (EMH). This theory suggests that stocks always trade at their fair value, which makes it harder for investors to either buy stocks that are undervalued or sell them at inflated prices.

They do trust that the market will eventually start to favor those quality stocks that were, for a time, undervalued.

Warren Buffett has continuously stressed the importance of investing in yourself as a means to success. This includes prudent financial choices as well as increasing your knowledge in the areas you seek to take part in.

Buffett, however, isn’t concerned with the supply and demand intricacies of the stock market. In fact, he’s not really concerned with the activities of the stock market at all. This is the implication in his famous paraphrase of a Benjamin Graham quote: “In the short run, the market is a voting machine but in the long run it is a weighing machine.”

He looks at each company as a whole, so he chooses stocks solely based on their overall potential as a company. Holding these stocks as a long-term play, Buffett doesn’t seek capital gain, but ownership in quality companies extremely capable of generating earnings.

When Buffett invests in a company, he isn’t concerned with whether the market will eventually recognize its worth. He is concerned with how well that company can make money as a business.

Warren Buffett finds low-priced value by asking himself some questions when he evaluates the relationship between a stock’s level of excellence and its price.

Keep in mind these are not the only things he analyzes, but rather, a brief summary of what he looks for in his investment approach.

Sometimes return on equity (ROE) is referred to as the stockholder’s return on investment. It reveals the rate at which shareholders earn income on their shares. Buffett always looks at ROE to see whether a company has consistently performed well compared to other companies in the same industry. ROE is calculated as follows:

Looking at the ROE in just the last year isn’t enough. The investor should view the ROE from the past five to 10 years to analyze historical performance.

The debt-to-equity ratio (D/E) is another key characteristic Buffett considers carefully. Buffett prefers to see a small amount of debt so that earnings growth is being generated from shareholders’ equity as opposed to borrowed money.

The D/E ratio is calculated as follows:

This ratio shows the proportion of equity and debt the company uses to finance its assets, and the higher the ratio, the more debt—rather than equity—is financing the company. A high debt level compared to equity can result in volatile earnings and large interest expenses. For a more stringent test, investors sometimes use only long-term debt instead of total liabilities in the calculation above.

A company’s profitability depends not only on having a good profit margin but also on consistently increasing it. This margin is calculated by dividing net income by net sales. For a good indication of historical profit margins, investors should look back at least five years.

A high-profit margin indicates the company is executing its business well, but increasing margins mean management has been extremely efficient and successful at controlling expenses.

4. Is the Company Public?

Value investing requires identifying companies that have stood the test of time but are currently undervalued.

Value investing focuses on a company’s financials as opposed to technical investing, which looks at a stock’s price and volume and how the price has moved historically.

Never underestimate the value of historical performance. This demonstrates the company’s ability (or inability) to increase shareholder value. Do keep in mind, however, that a stock’s past performance does not guarantee future performance.

The value investor’s job is to determine how well the company can perform as it did in the past. Determining this is inherently tricky. But evidently, Buffett is very good at it.

One important point to remember about public companies is that the Securities and Exchange Commission (SEC) requires that they file regular financial statements. These documents can help you analyze important company data—including current and past performance—so you can make important investment decisions.

You might initially think of this question as a radical approach to narrowing down a company. Buffett, however, sees this question as an important one. He tends to shy away (but not always) from companies whose products are indistinguishable from those of competitors, and those that rely solely on a commodity such as oil and gas.

If the company does not offer anything different from another firm within the same industry, Buffett sees little that sets the company apart. Any characteristic that is hard to replicate is what Buffett calls a company’s economic moat, or competitive advantage. The wider the moat, the tougher it is for a competitor to gain market share.

This is the kicker. Finding companies that meet the other five criteria is one thing, but determining whether they are undervalued is the most difficult part of value investing. And it’s Buffett’s most important skill.

To check this, an investor must determine a company’s intrinsic value by analyzing a number of business fundamentals including earnings, revenues, and assets. And a company’s intrinsic value is usually higher (and more complicated) than its liquidation value, which is what a company would be worth if it were broken up and sold today. The liquidation value doesn’t include intangibles such as the value of a brand name, which is not directly stated on the financial statements.

Once Buffett determines the intrinsic value of the company as a whole, he compares it to its current market capitalization—the current total worth or price.

Sounds easy, doesn’t it? Well, Buffett’s success, however, depends on his unmatched skill in accurately determining this intrinsic value. While we can outline some of his criteria, we have no way of knowing exactly how he gained such precise mastery of calculating value.

What Companies Does Warren Buffett Own?

Warren Buffett, through his company, Berkshire Hathaway, holds a stake in many companies. Some of his largest holdings include Bank of America, Apple, American Express, and Coca-Cola.

How Did Warren Buffett Become Rich?

Warren Buffett became rich steadily over a long period of time primarily through investing. He started investing at a very young age, at 11 to be precise. At 13 he started his own business venture as a paperboy and sold horse racing tip sheets. As an adult, he formed his own company and began investing in companies he believed were undervalued, earning profits. He would reinvest these profits into more investments and his wealth would continue to grow. He eventually bought Berkshire Hathaway, where he would continue with his value investing strategy.

Warren Buffett is self-made. He did come from a fairly privileged background, however. His father did have his own stock brokerage firm and eventually became a U.S. Congressman. This allowed Buffett to attend prestigious schools, such as Columbia University. He did start his own company and make his own investments that eventually led to his enormous wealth.

As you’ve probably noticed, Buffett’s investing style is like the shopping style of a bargain hunter. It reflects a practical, down-to-earth attitude. Buffett maintains this attitude in other areas of his life: He doesn’t live in a huge house, he doesn’t collect cars, and he doesn’t take a limousine to work. The value-investing style is not without its critics, but whether you support Buffett or not, the proof is in the pudding.