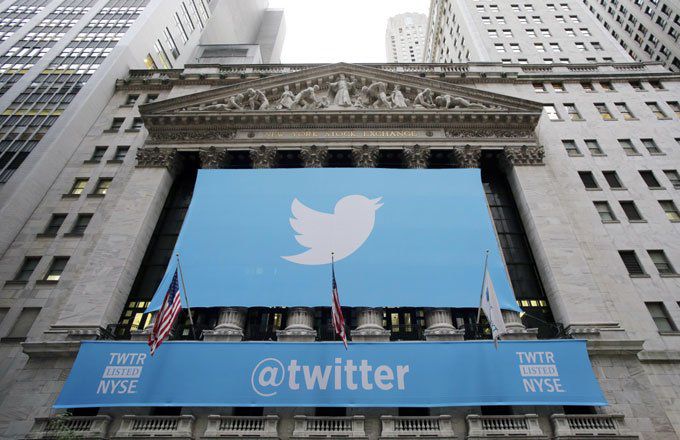 Twitter, which operates the global messaging platform, was founded in 2006 by Jack Dorsey, Evan Williams, Biz Stone, and Noah Glass. Twitter developer Glass had previously created a venture called Odeo, a failed pioneer in podcasting. He teamed up with the other three to build Twitter from the ashes of that venture.

Twitter was, and is, distinguished from its competitors by the messaging brevity it enforces. Platform posts, known as tweets, are currently limited to 280 characters.

The company generates revenue primarily through advertising. Co-founder Dorsey served as CEO of Twitter from 2015 to 2021.

Below, we’ll look at the top five shareholders of Twitter based on the number of shares owned. Notably, Dorsey is not on this list, although he owns a 9.4% stake in mobile payments company Block Inc. (SQ), which he founded as Square and now leads as CEO.

Musk, a frequent Twitter user, disclosed on April 4, 2022, that he held 73.5 million Twitter shares, representing a 9.2% stake in the company. The disclosure filing indicated it was triggered by an event on March 14, 2022. Investors are required to file an ownership disclosure within 10 days of acquiring a stake of 5% or more in a publicly-traded company.

Musk originally filed Schedule 13G as a passive investor, defined as a shareholder who does not intend to exert control of the company, but on April 5, Twitter named Musk to its board, and Musk submitted Schedule 13D to reclassify himself as an active investor. This filing also revealed that Musk had trimmed his holdings to 73.1 million shares, a 9.1% stake. Less than a week later, on April 11, Twitter CEO Parag Agrawal announced Musk had decided not to join the board.

Vanguard Group holds the second-largest stake in Twitter. One of the biggest investment managers globally, Vanguard offers hundreds of mutual funds, ETFs, and retirement products. The company had about $8.1 trillion in assets under management as of Jan. 31, 2022.

Morgan Stanley (MS), an investment bank and asset manager, holds the third-largest stake in Twitter with about 67 million shares, 8.4% of the total outstanding as of year-end 2021. Morgan Stanley had $6.5 trillion in client assets as of the same date, after acquiring online brokerage E*TRADE in 2020 and mutual fund manager Eaton Vance in 2021. In addition to investment banking and asset management, the firm provides trading services and investment research.

Global investment manager BlackRock Inc. (BLK) owned 52.1 million shares of Twitter in its many exchange-traded funds and other investment vehicles as of year-end 2021, representing a 6.5% stake.

BlackRock had $10 trillion in assets under management as of the end of 2021. The firm issues the popular iShares ETF line. The iShares Evolved U.S. Media and Entertainment ETF (IEME) is among the BlackRock funds with Twitter holdings.

State Street offers a broad array of investment management services, including securities custody services for institutional clients. The firm held $4.1 trillion in investment assets under management as of Q4 2021.