The Economics of the Galactic Empire 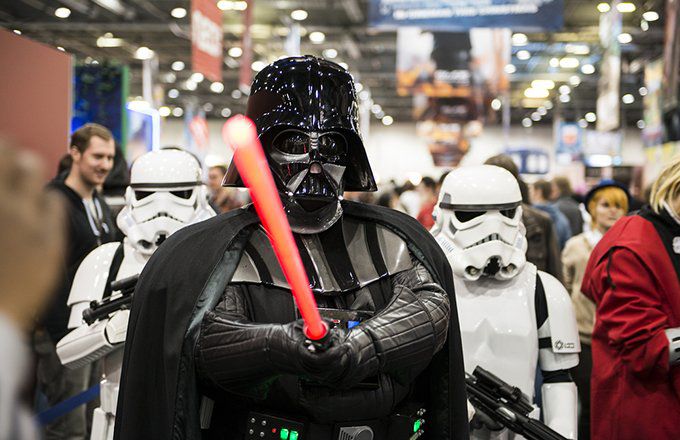 The ninth episode in the Star Wars saga, “The Rise of Skywalker,” premiered in theaters around the world in December 2019. The movie continued the stories of Rey, Finn, Poe, and Kylo Ren. Fans were ecstatic to see their favorite characters come back in this film by J.J. Abrams.

With its themes of intergalactic travel, colorful sets, and quirky creatures, the science fiction series might seem far-fetched to people who can’t tell the difference between Tatooine and Jakku. In fact, the Star Wars saga is underpinned by an economic and political system inspired by and derived from real-world events. But the economics of the Galactic Empire can sometimes seem as mysterious as the ways of the Force. Without a galaxy full of taxpayers, how is the Empire getting money to fund the making and deployment of new fleets of Star Destroyers and planet-killing superlasers like the Death Star? Apparently, dark-side economics are more effective than supply-side economics.

The Similarities Between the Galactic Empire and the Modern Global Economy

The scope of the Star Wars economy is galactic and governed by the precepts of modern trade. In this system, planets exchange products and services with each other. Trade routes traverse multiple planetary systems. Not surprisingly, planets located at the intersections of major trade routes benefit from their locations.

For example, Bothawui, a planet located in the Mid Rim of the galaxy and referenced in the Clone Wars animated series, is located at the intersection of four major trade routes. It is known for its trade in technology and, because of its location, is a popular venue for trade negotiations.

Not all Mid Rim planets are used for trade. Some are venues for robberies and plunder. An example is Kijimi—a frigid and mountainous planet that is home to the spice runners of Kijimi, a group of smugglers.

There are thousands of currencies used on individual planets and by different societies. However, both the Republic and the Empire supported galactic credits. These credits were useful on most Inner Rim planets, which were closer to economic and trade hubs.

Once a ship got farther into space and reached the Outer Rim of planets, credits supposedly would lose their value. This issue is most evident when Qui-Gon Jinn attempted to buy parts for Padme’s ship from Watto, but Watto refused to take Republic credits. That seems somewhat unrealistic, as U.S. dollars can be exchanged for the local currency almost anywhere on Earth. Perhaps Republic credits could not be used on Tatooine because of sanctions against planets that violate the Republic’s anti-slavery laws.

On some planets, economic development was so primitive that barter dominated trade. On Jakku, where Rey grew up after being abandoned by her parents, she worked as a junker. She sold parts to Unkar Plutt for portions of food instead of cash. The only thing that matters on a planet with so little development is eating enough to stay alive.

Some economists have theorized that Rey’s profession hints at an active recycling economy in the Interplanetary system. She does not scrap for raw metals. Her focus is on engineered and designed components, meaning the Star Wars economy places a high premium on finished goods rather than raw metals. (In this respect, they are not different from the human race, which ascribes more value to finished goods.) Also, the economists have pointed to the fact that constant warfare results in the destruction of metal; therefore, there must be an abundance of metal in space.

To make trading easy, several organizations inked trade agreements and set up consortia to maximize profit and wield influence within the Senate. The Commerce Guild, which pursues trader and business interests, is the most powerful such guild. Two of its leading members are the Trade Federation and the Intergalactic Banking Clan. As its name implies, the Trade Federation is a consortium of businesses and traders. The Intergalactic Banking Clan is a bank system that controls finances in major parts of the Republic. The latter played a prominent role in the Confederacy of Independent Systems (otherwise known as the Separatist Alliance) that broke away from the Republic during the Clone Wars. Both organizations supported Darth Sidious without knowing he was simply using them to gain power as Chancellor Palpatine.

In response to increased taxation of trade routes, the Trade Federation blockaded the planet of Naboo with a fleet of battleships. The exact reason for the blockade is uncertain, but there are several theories regarding this.

In his novel Star Wars: Darth Plagueis, James Luceno outlined a possible reason for the Naboo invasion: plasma energy. According to Luceno, Naboo was rich in plasma and had a major mining and refining facility financed with a loan from the Intergalactic Banking Clan. The planet sold plasma energy to the Trade Federation at fixed prices. In turn, they marked up the prices for a substantial profit.

Luceno’s novel is no longer part of Star Wars canon following Disney’s restructuring of the extended universe, but it makes logical sense. Remember, Naboo was situated in the Outer Rim of the galaxy and probably had little to no taxation. Taxation of trade routes would have increased transportation costs for members of the Trade Federation and cut into their profits.

Here’s how it happened: Palpatine voted for the trade routes to be taxed, giving the Federation a reason to invade Naboo. That had the effect of making Supreme Chancellor Valorum look weak. Valorum was kicked out of office with a vote of no confidence (basically, they impeached him). Palpatine was then elected out of sympathy for the suffering of his home planet of Naboo. Eventually, Palpatine would convince the Galactic Senate (in a move spearheaded by Jar Jar Binks) to give him emergency powers to deal with the ongoing separatist crisis. Of course, Palpatine also was behind the separatist movement as Darth Sidious. With these new powers and the Jedi eliminated following Order 66, Palpatine had little trouble installing himself as Emperor and reshaping the galaxy in his image.

In fact, there are several economic and political similarities between Nazi Germany and the Galactic Empire. For example, Nazi Germany was characterized by a readiness for war and its military might. The National Labor Service mandated that each German male would have to complete a compulsory training at the organization.

Typical tasks during national service included planting forests, digging ditches on farms, and building a network of motorways. The Autobahn was constructed during this time, and Hitler set a goal to increase the size of the German army to 500,000. Trade unions were banned, and everyone was required to enroll in a central labor organization controlled by Nazi chieftains.

The Galactic Empire had a similar economy that was ready for a state of war. The Death Star, which was a space station with a planet-destroying superlaser, is the perfect example of this militarization of the economy. It consisted of state-of-the-art weapons systems and artillery. In addition, entire planetary systems within the Mid and Outer Rims were dedicated to the construction of clones and war machines.

While the Star Wars prequels make numerous mentions of trade unions in the Republic, such references are absent in the original trilogy. As such, they probably were banned by the Galactic Empire (or George Lucas hadn’t yet thought of it). In fact, the production process for machines was not labor-intensive. Instead, it was a process dominated by droids themselves. As an example, “Star Wars: Episode II—Attack of the Clones” provides a glimpse of humanity’s machine-dominated future. In one scene, Padme, Anakin Skywalker, C-3PO, and R2-D2 are nearly killed trying to make their way out of a droid-manufacturing factory on Geonosis.

Interestingly, as one moves away from the Core Worlds, the economies became less oriented toward machines. In the Outer Rim planets, other industries, such as energy and agriculture, dominate. This difference is reflected in architecture. For example, the Core World Coruscant is a hi-tech society with skyscrapers and flying cars. The Outer Rim planet Tatooine is a relatively primitive place in comparison. On Tatooine, many structures are made of adobe, and moisture farmers eke out an existence producing water. The difference in their fortunes is a testament to the economic power of the strong central government based on Coruscant.