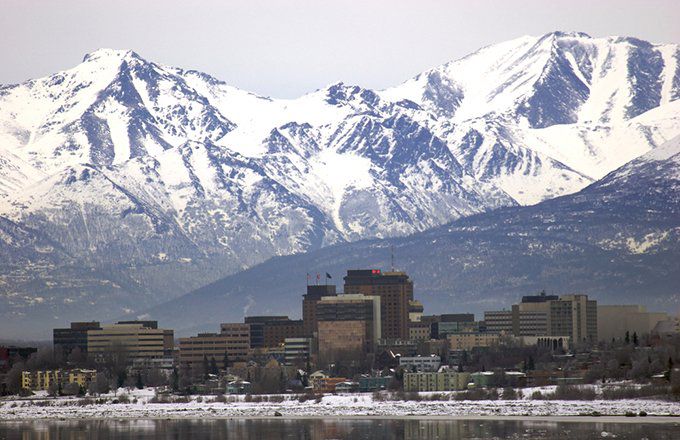 The sales tax laws for states within the United States are not subject to federal regulation. Each state has control over its base sales tax. Sales taxes are typically imposed on retail transactions and certain services. In addition to base sales taxes, certain municipalities and counties impose additional surtaxes. For example, the sales tax in New York State is 4%, but New York City has additional taxes making the rate 8.875%.

While certain goods such as groceries, prescription, non-prescription drugs, and clothing may be exempt from the state’s general sales tax, these same goods may be subject to local sales taxes.

As of 2022, our research has found that five states have a 0.000% sales tax: Alaska, Delaware, Montana, New Hampshire, and Oregon do not impose state sales taxes, but each state has its regulation on excise taxes, income taxes, and taxes imposed on tourist locations—as well as local sales taxes that cities or municipalities may impose.

While there is no sales tax in Alaska, local governments are endowed with the ability to impose taxes on certain goods and services. The sales tax is 5% in Juneau, while Anchorage and Fairbanks do not have sales taxes. The gas tax is the lowest in the nation at 8.95 cents per gallon.

Sales taxes are levied on the distributors or wholesalers of alcoholic beverages and are incurred at a flat rate.

There is an excise tax of $34.50 for passengers on commercial vessels with overnight accommodations, and there are additional taxes on motor fuel for which consumers may claim refunds.

Delaware assesses a gross receipts tax on certain businesses instead of a sales tax. Delaware makes extensive use of excise taxes levied as a flat rate per gallon on goods such as motor fuel and alcohol. There is a tax of $2.10 per pack of cigarettes. The state has relatively high corporate income taxes and imposes additional taxation on specific distributors of goods and services, allowing the state to have a 0% property tax and sales tax.

Delaware’s 0% sales tax has made the state attractive for art dealers and collectors who wish to escape hefty sales tax bills on paintings and related pieces.

The sales tax for California, the highest tax imposed by any state in America. Puerto Rico, which is a non-state territory, levies an 11.5% sales tax.

The areas of Montana that attract many tourists and house resorts have a low sales tax of up to 3%, referred to as a resort and local option tax. To qualify for this tax, a city must have a permanent population of under 5,500; the purpose of this tax is to support infrastructure frequented by tourists. These locations include Whitefish, Red Lodge, Big Sky, and West Yellowstone. Lodging facilities and car companies typically charge a sales tax.

Montana differs from other states in that local jurisdictions are not permitted to collect sales taxes.

A sales tax of 9% exists on prepared meals in restaurants, short-term room rentals, and car rentals. There is also a 7% tax on phone services and a $.75 per $100 tax on real estate sales.

Excise taxes are imposed on sales of tobacco and electricity. Local governments cannot declare sales taxes in light of the statewide 0% sales tax. Taxes on these goods are not due on B2B transactions when the buyer intends to resell the product. A timber tax is imposed at the time of cutting at 10% of the value of the wood, excluding cutting for personal use. New Hampshire’s tax treatment is also favorable in that its income tax is only subject to interest income and dividend income.

Municipalities in Oregon may impose sales taxes on certain goods. There are tobacco taxes and an excise tax on prepackaged alcoholic beverages. Local governments can impose sales taxes, as in the case of Ashland’s 5% tax on prepared foods. Oregon has a high personal income tax relative to other states, but it does not tax intangible properties like stock accounts and bonds.

What U.S. States Have No Sales Tax?

Alaska, Delaware, Montana, New Hampshire, and Oregon are the five states that have no sales tax.

What Is the Most Tax Friendly State?

Various states have favorable tax treatments, from sales tax to income tax. For example, Delaware has no sales tax and has the country’s seventh-lowest median property tax rate. Like Delaware, Alaska has no state sales tax, although Juneau has a 5% local sales tax rate. In addition, there’s no income tax across the state.

Meanwhile, Wyoming boasts low sales tax, property tax, and no income tax—making it one of the most tax-friendly states in America.

Which U.S. States Have the Highest Sales Tax?

California has the highest sales tax in the nation, at 7.25%. Following California is Indiana, Mississippi, Rhode Island, and Tennessee, all with 7% sales tax rates.

Which States Have the Highest Combined State and Local Sales Tax?

Because state tax laws are unregulated, each state can decide how much to charge for its base sales tax. States like New York and California have high sales tax rates, while Delaware, Montana, and New Hampshire, are low. Depending on where you live and travel, the paying (or not paying) sales tax will become part of your overall budget.

Sales taxes pay for services like schools and infrastructure, so living in a state without a high sales tax means that money will come from other taxes.