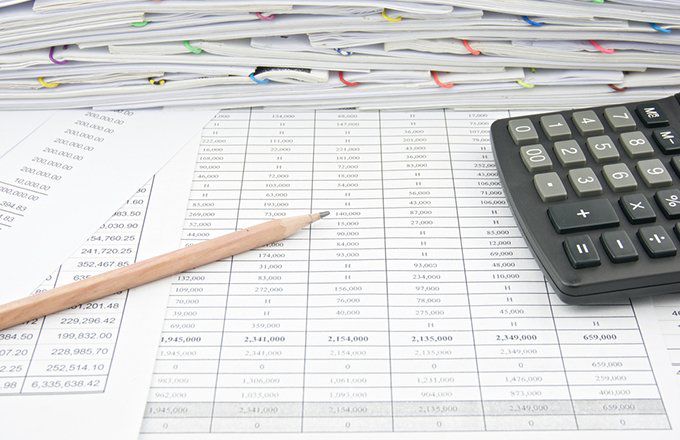 When it comes to studying the economy, growth and jobs are two primary factors economists must consider. There is a clear relationship between the two, and many economists have framed the discussion by trying to study the relationship between economic growth and unemployment levels. Economist Arthur Okun first started tackling the discussion in the 1960s, and his research on the subject has since become known as Okun’s law. Below is a more detailed overview of Okun’s law, why it is important, and how it has stood the test of time since first being published.

In its most basic form, Okun’s law investigates the statistical relationship between a country’s unemployment rate and the growth rate of its economy. The economics research arm of the Federal Reserve Bank of St. Louis explains that Okun’s law “is intended to tell us how much of a country’s gross domestic product (GDP) may be lost when the unemployment rate is above its natural rate.” It goes on to explain that “the logic behind Okun’s law is simple. Output depends on the amount of labor used in the production process, so there is a positive relationship between output and employment. Total employment equals the labor force minus the unemployed, so there is a negative relationship between output and unemployment (conditional on the labor force).”

Yale professor and economist Arthur Okun was born in November 1928 and died in March 1980 at the age of 51. He first published his findings on the subject in the early 1960s, which have since come to be known as his “law.” Okun’s law is, in essence, a rule of thumb to explain and analyze the relationship between jobs and growth. A talk from former Federal Reserve Chair Ben Bernanke perhaps most succinctly summarizes Okun’s law basic concepts.

More specifically, according to currently accepted versions of Okun’s law, to achieve a one percentage point decline in the unemployment rate in the course of a year, real GDP must grow approximately two percentage points faster than the rate of growth of potential GDP over that period. So, for illustration, if the potential rate of GDP growth is 2%, Okun’s law says that GDP must grow at about a 4% rate for one year to achieve a one percentage point reduction in the rate of unemployment.”

How Does Okun’s Law Describe Unemployment?

It is most important to note that Okun’s law is a statistical relationship that relies on regression of unemployment and economic growth. As such, running the regression can result in differing coefficients that are used to solve for the change in unemployment, based on how the economy grew. It all depends on the time periods used and inputs, which are historical GDP and employment data. Below is an example of an Okun’s law regression:

A Bloomberg article integrating data from the highly volatile Great Recession period noted that “the rule of thumb holds that for every percentage point that year-over-year growth exceeds the trend rate—which Federal Reserve policy makers peg at between 2.3% and 2.6%—unemployment drops by half a percentage point.” Notice the varying uses of economic growth, such as GNP and GDP, as well as what qualifies as potential economic growth measures.

Okun’s law has held up at various times but did not prove true during the 2008 financial crisis.

Does It Hold True Over Time?

As with any law in economics, science, or any discipline, it is important to determine if it holds true under varying conditions and over time. In regard to Okun’s law, there appear to be conditions where it holds quite well and others where it doesn’t. For instance, a review of Okun’s law by the Federal Reserve Bank of Kansas City detailed that one of Okun’s first relationships looked at quarterly changes in unemployment compared to quarterly growth in real output, and it seemed to hold up well.

There are also different ways to track unemployment, and, of course, the primary testing ground for Okun’s law has been the United States. Okun also analyzed the gap between potential economic output and the actual output rate in the economy. The Kansas City study detailed differing versions of Okun’s law, starting with his original quarterly relationship, a “gap version” that looked at differences in actual and potential output, including if the law would hold under a condition of full employment or even high unemployment. It settled on a more dynamic version, leaving options for variables to be left out or added, depending on the levels of current and historical economic growth.

How Useful Is Okun’s Law?

Despite the fact that there are in reality many moving parts to the relationship between unemployment and economic growth, there does appear to be empirical support for the law. The Kansas City Fed study concluded that “Okun’s law is not a tight relationship,” but that it “predicts that growth slowdowns typically coincide with rising unemployment.” Regarding the fact it did not hold up that well during the financial crisis, Bernanke speculated that “the apparent failure of Okun’s law could reflect, in part, statistical noise.”

Other studies have been more supportive of Okun’s law. The Federal Reserve Bank of St. Louis concluded that “Okun’s law can be a useful guide for monetary policy, but only if the natural rate of unemployment is properly measured.”

Overall, there is little debate that Okun’s law represents one of the most straightforward and convenient methods of investigating the relationship between economic growth and employment. One of the key benefits of Okun’s law is its simplicity in stating that a 1% decrease in unemployment will occur when the economy grows about 2% faster than expected. However, relying on it to make specific predictions about unemployment, given economic growth trends, doesn’t work that well. For instance, since it has been studied, it has been known to shift over time and be impacted by more unusual economic climates, including jobless recoveries and the 2008 financial crisis.

Because of the complexity of the inputs, the different time periods that can be used, and the basic uncertainty that goes with running economic regressions, analysis can become quite complex. Okun’s law may not be entirely predictive, but it can help frame the discussion of economic growth, how employment influences it, and vice versa.