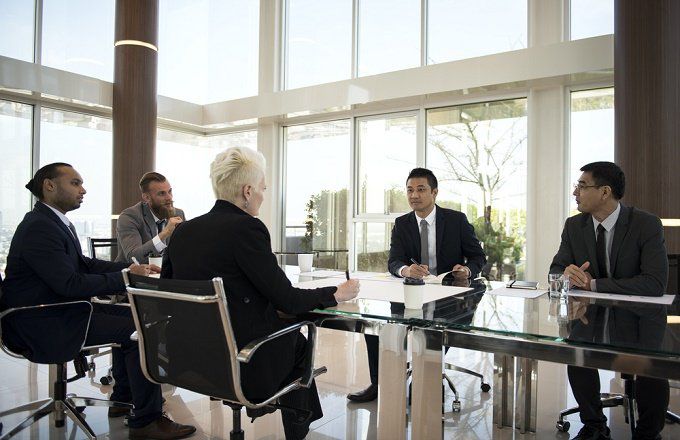 Terms like “dawn raid,” “poison pill,” and “shark repellent” might seem like they belong in James Bond movies, but there’s nothing fictional about them—they are part of the world of mergers and acquisitions (M&A). Having stock in a company means you are part owner, and as we see more and more sector-wide consolidation, mergers and acquisitions are the resultant proceedings. So it is important to know what these terms mean for your holdings.

Part of the Business World

Mergers, acquisitions, and takeovers have been a part of the business world for centuries. In today’s dynamic economic environment, companies are often faced with decisions concerning these actions—after all, the job of management is to maximize shareholder value. Through mergers and acquisitions, a company can (at least in theory) develop a competitive advantage and ultimately increase shareholder value.

There are several ways that two or more companies can combine their efforts. They can partner on a project, mutually agree to join forces and merge, or one company can outright acquire another company, taking over all its operations, including its holdings and debt, and sometimes replacing management with its own representatives. It’s this last case of dramatic unfriendly takeovers that is the source of much of M&A’s colorful vocabulary.

A “hostile takeover” is an unfriendly takeover attempt by a company or raider that is strongly resisted by the management and the board of directors of the target firm. These types of takeovers are usually bad news, affecting employee morale at the targeted firm, which can quickly turn to animosity against the acquiring firm. Grumblings like, “Did you hear they are axing a few dozen people in our finance department…” can be heard by the water cooler. While there are examples of hostile takeovers working, they are generally tougher to pull off than a friendly merger.

A “dawn raid” is a corporate action more common in the United Kingdom; however, it has also occurred in the United States. During a dawn raid, a firm or investor aims to buy a substantial holding in the takeover-target company’s equity by instructing brokers to buy the shares as soon as the stock markets open. By getting the brokers to conduct the buying of shares in the target company (the “victim”), the acquirer (the “predator”) masks its identity and thus their intent.

The acquirer then builds up a substantial stake in its target at the current stock market price. Because this is done early in the morning, the target firm usually doesn’t get informed about the purchases until it is too late, and the acquirer now has a controlling interest. In the U.K., there are, now, restrictions on this practice.

A “Saturday night special” was a sudden attempt by one company to take over another by making a public tender offer. The name comes from the fact that these maneuvers used to be done over the weekends. This too has been restricted by the Williams Act in the U.S., whereby acquisitions of 5% or more of equity must be disclosed to the Securities and Exchange Commission.

Note that this takeover strategy is now obsolete.

Takeovers are announced practically every day, but announcing them doesn’t necessarily mean everything will go ahead as planned. In many cases, the target company does not want to be taken over. What does this mean for investors? Everything! There are many strategies that management can use during M&A activity, and almost all of these strategies are aimed at affecting the value of the target’s stock in some way. Let’s take a look at some more popular ways that companies can protect themselves from a predator. These are all types of what is referred to as “shark repellent.”

A “golden parachute” measure discourages an unwanted takeover by offering lucrative benefits to the current top executives, who may lose their jobs if their company is acquired by another firm. Benefits written into the executives’ contracts include items such as stock options, bonuses, generous severance pay, and so on. Golden parachutes can be worth millions of dollars and can cost the acquiring firm a lot of money and therefore act as a strong deterrent to proceeding with their takeover bid.

A spin-off of the term “blackmail,” “greenmail” occurs when a large block of stock is held by an unfriendly company or raider, who then forces the target company to repurchase the stock at a substantial premium to destroy any takeover attempt. This is also known as a “bon voyage bonus” or a “goodbye kiss.”

A “macaroni defense” is a tactic by which the target company issues a large number of bonds that come with the guarantee that they will be redeemed at a higher price if the company is taken over. Why is it called macaroni defense? Because if a company is in danger, the redemption price of the bonds expands, kind of like macaroni in a pot! This is a highly useful tactic, but the target company must be careful it doesn’t issue so much debt that it cannot make the interest payments.

Takeover-target companies can also use leveraged recapitalization to make themselves less attractive to the bidding firm.

Here, management threatens that in the event of a takeover, the management team will resign at the same time en masse. This is especially useful if they are a good management team; losing them could seriously harm the company and make the bidder think twice. On the other hand, hostile takeovers often result in the management being fired anyway, so the effectiveness of a people pills defense really depends on the situation.

With this strategy, the target company aims at making its own stock less attractive to the acquirer. There are two types of poison pills. The “flip-in” poison pill allows existing shareholders (except the bidding company) to buy more shares at a discount. This type of poison pill is usually written into the company’s shareholder-rights plan. The goal of the flip-in poison pill is to dilute the shares held by the bidder and make the takeover bid more difficult and expensive.

The “flip-over” poison pill allows stockholders to buy the acquirer’s shares at a discounted price in the event of a merger. If investors fail to take part in the poison pill by purchasing stock at the discounted price, the outstanding shares will not be diluted enough to ward off a takeover.

An extreme version of the poison pill is the “suicide pill” whereby the takeover-target company may take action that may lead to its ultimate destruction.

With the sandbag tactic, the target company stalls with the hope that another, more favorable company will make a takeover attempt. If management sandbags too long, however, they may be getting distracted from their responsibilities of the company.

M&A has an entire vocabulary of its own to express some of the rather creative strategies employed to acquire or fight off an acquisition. The next time you read a news release that says that your company is using a poison pill to ward off a Saturday night special, you’ll now know what it means. More importantly, you’ll know that you may have the opportunity to purchase more shares at a cheap price.