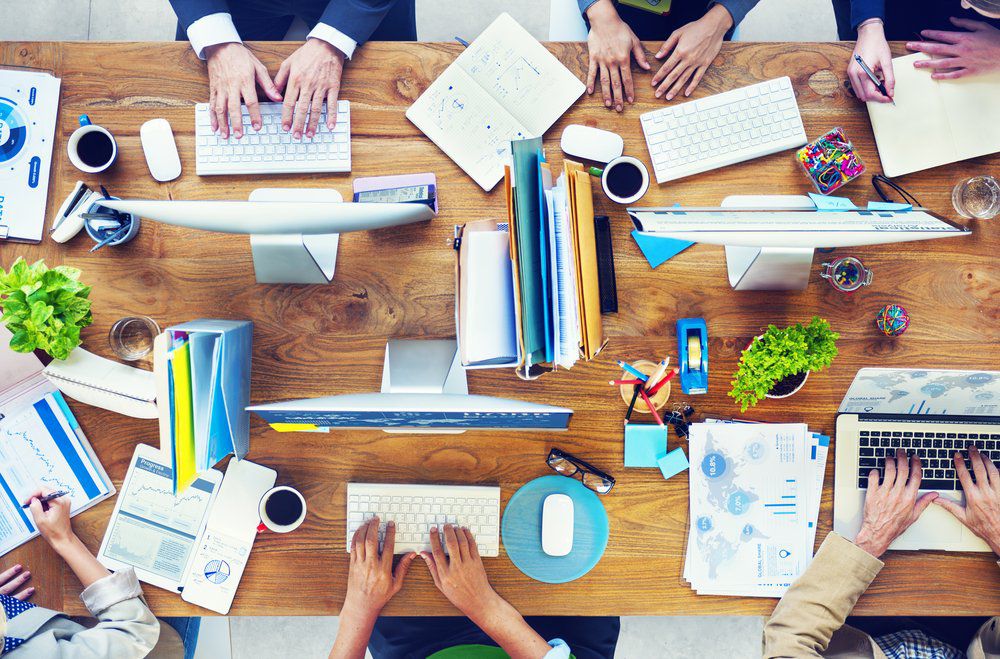 WeWork Inc. (WE) operates as an office-space leasing company that offers flexible workspaces worldwide. The company—founded in 2010—enters into long-term lease agreements, renovates and furnishes its properties, and provides flexible lease options to tenants on a short-term basis. Its workspaces include dedicated desks in shared offices spaces, standard offices, office suites with private amenities, and full-floor offices.

WeWork’s workspaces are used by businesses and organizations of various sizes, from freelancers and small startups to Fortune 500 companies. The company operates in more than 700 locations globally in 150 cities and 38 countries, as of Dec. 31, 2021.

WeWork operates within the highly fragmented office-space industry, which includes competition from large national or international companies as well as regional and local firms of varying sizes. Some of the company’s main rivals include Switzerland-based International Workplace Group (IWG.L), Australia-based Servcorp Ltd., and Industrious, which is based out of New York City.

WeWork announced in March financial results for Q4 of its 2021 fiscal year (FY), which ended Dec. 31, 2021. It was the company’s first official filing of its financial results since going public on Oct. 20, 2021 via a SPAC merger. WeWork’s shares started trading on the New York Stock Exchange (NYSE) the next day. The company’s net loss in FY 2021 widened to $4.4 billion from $3.1 billion in the previous year. Annual revenue fell 24.8% to $2.6 billion.

WeWork is still a young company focused on growth. It is thus willing to forgo profitability in the short term in order to direct its resources toward expanding its share of the office-space leasing market. The company said that in 2021 it represented approximately 0.5% of all commercial office space in the U.S. and in Europe, respectively.

WeWork operates as a single business segment. However, it provides a geographical breakdown of its revenue into four separate regions: the United States; the United Kingdom; Japan; and other foreign countries.

Previously, WeWork also provided a separate revenue breakdown for a Greater China region, but its ChinaCo business there was deconsolidated on Oct. 2, 2020 after the company sold shares in the business. After the share sale, WeWork was no longer the primary beneficiary of the business. However, the company still has some locations in China.

WeWork’s U.S. locations and operations generated $1.1 billion of revenue in FY 2021, down 31.8% compared to the previous year. The U.S. region accounted for nearly 45% of the company’s total revenue for the year.

WeWork’s locations and operations in Japan generated $211.7 million of revenue in FY 2021, down 15.6% compared to the previous year. The region accounted for more than 8% of total revenue.

WeWork also has operations and locations in a number of other foreign countries, including Canada, China, India, Israel, and certain other countries in Latin America, Europe, the Middle East, and Africa. The company’s locations and operations in these other foreign countries generated $862.3 million of revenue, comprising about 34% of companywide revenue. It was the only geographic region that experienced growth in FY 2021, with revenue rising 1.2% during the year.

On March 29, 2022, WeWork announced that it had named Chief Executive Officer (CEO) Sandeep Mathrani to the position of chairman of the board. Mathrani has served on the company’s board of directors since he first took the CEO position in February 2020.