How to Reduce Your Taxes and AGI by Giving to Charity 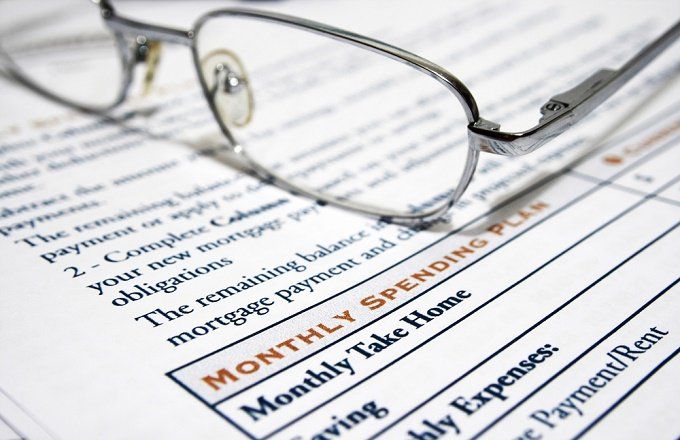 Required minimum distributions (RMDs) from individual retirement accounts (IRAs) can be a burden, uncomfortably boosting your annual income, sometimes even into a higher tax bracket. Still, there’s a way to do good with RMDs, both for others and your own bottom line.

In 2015 Congress made permanent the qualified charitable distribution (QCD) rule, which allows traditional IRA owners to exclude their RMDs from their adjusted gross income (AGI) if they give the money to a qualified charitable organization. Given the impact RMDs can have on your tax bill, it’s worth creating long-term planning strategies around this rule.

RMDs from your traditional IRA start when you reach the age of 72. This is non-negotiable and a requirement of the account. The distributions taken are then taxed at ordinary income tax rates.

You are allowed to withdraw more than the RMD amount, but this can inflate your tax status by boosting your income into a higher tax bracket, so it’s wise to avoid taking more than necessary. The Internal Revenue Service (IRS) will assess a heavy penalty (50% of the amount not withdrawn) if you don’t take your RMD amount for the year.

How Can Charitable Donations Reduce Taxes?

Generally, you can take an itemized tax deduction when you donate money to a 501(c)(3) charitable organization, which will reduce your AGI. However, this means that you must have enough deductions to make itemizing worthwhile. The standard deduction in 2022 for a single filer is $12,950 ($25,900 for those married and filing jointly), so basically you need to have at least $13,000 worth of deductions (or $26,000 if married) to make itemizing useful to you. However, the QCD rule offers you a way to reduce your AGI through a charitable donation without having to itemize your deductions.

What Is the Qualified Charitable Distribution (QCD) Rule?

The QCD rule allows you to donate an RMD from your IRA to an approved charity and deduct the amount from your AGI. The amount of the QCD will count as part of your annual RMD amount, and you must pay the distribution directly from your IRA to the qualified charity. Thus, if you are at least 72 years old, you can use the QCD rule to exempt your RMDs from taxation.

You can make full or partial RMD distributions to charities. For example, if your RMD amount is $5,000 a year, you can make a $3,000 charitable distribution and take the remaining $2,000 yourself. Conversely, you can give the full $5,000 to charity.

Roth IRA owners are also allowed to use the QCD rule, although they will not see any benefit from doing so, as their distributions are already tax-free.

The IRS offers a searchable database of approved charities on its website.

All contributions and earnings that accumulate inside a traditional IRA are eligible for QCDs. The exception is nondeductible contributions, as they are considered a tax-free return of basis.

Joint gifting strategies are also not available for the purpose of QCDs, which means that a couple cannot take both of their aggregate RMD amounts from a single account and exclude the entire amount from their AGI. Each of them must take their RMD from their own account for both to qualify.

The QCD strategy can also benefit traditional IRA owners who want to convert their balances to Roth accounts, as the QCD will reduce the amount of taxable money in the account.

One of the biggest advantages the QCD rule provides is the ability for taxpayers to use a charitable donation to lower their AGI even if they don’t itemize their deductions. Because AGI is used for many tax calculations, having a lower number can allow the donor to stay in a lower tax bracket, reduce or eliminate the taxation of Social Security or other income, and remain eligible for deductions and credits that might be lost if the taxpayer had to declare the RMD amount as income.

You can, of course, take a sum larger than your RMD amount and give it to the charity. However, there is a $100,000 cap for QCDs. Any distributions in excess of $100,000 will not be excluded from your AGI as a QCD; instead, the excess amount must be taken as an itemized deduction.

In addition, account owners need to be aware that QCDs cannot do double duty and also be used as itemized deductions because a QCD is not included in your annual income. A QCD and an itemized deduction are mutually exclusive.

The SECURE Act, passed in late 2019, increased the age at which IRA owners must begin RMDs to 72; however, the age at which you can start taking QCDs remains 70½, creating an 18-month window in which IRA distributions qualify as charitable contributions that lower AGI even though they are not RMDs.

What Is the Benefit of a QCD?

The benefit of making a QCD is that you can lower your AGI while also satisfying the RMD amounts set by the IRS. This can help offset other taxes, such as Social Security.

When Can I Make a QCD From My IRA?

How Do I Report a QCD on My Tax Return?

You report the full amount of the QCD on the line for IRA distributions. On the line for the taxable amount, enter zero, then write “QCD” next to it. IRS Form 1040 has additional information.

If you own an IRA and wish to lower your AGI, you can use the QCD rule to efficiently disperse money to a charity of your choice. This strategy is superior to taking receipt of the distribution yourself and then donating to charity, because that may not reduce your AGI. If you use it properly, the QCD rule will provide you with a convenient tax deduction for years to come while fulfilling your philanthropic needs.