Getting to Know the Stock Exchanges 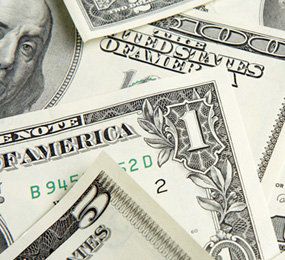 What Are Stock Exchanges?

A stock exchange does not own shares. Instead, it acts as a market where stock buyers connect with stock sellers. Stocks can be traded on several exchanges such as the New York Stock Exchange (NYSE) or the Nasdaq.

Although most stocks are traded through a broker, it is important to understand the relationship between exchanges and the companies that trade. Also, there are various requirements for different exchanges designed to protect investors.

The History of Stock Exchanges

A stock exchange is where different financial instruments are traded, including equities, commodities, and bonds. Exchanges bring corporations and governments, together with investors. Exchanges help provide liquidity in the market, meaning there are enough buyers and sellers so that trades can be processed efficiently without delays.

Exchanges also ensure that trading occurs in an orderly and fair manner so important financial information can be transmitted to investors and financial professionals.

Stocks first become available on an exchange after a company conducts its initial public offering (IPO). A company sells shares to an initial set of public shareholders in an IPO known as the primary market. After the IPO floats shares into the hands of public shareholders, these shares can be sold and purchased on an exchange or the secondary market.

The general public can trade shares on the secondary market after a company’s initial public offering.

The exchange tracks the flow of orders for each stock, and it’s the flow of supply and demand that establishes a stock’s price. Depending on the type of brokerage account, you may be able to view this flow of price action. For example, if a stock’s bid price is $40, this means an investor is telling the exchange that they are willing to buy the stock for $40. At the same time, you may see an asking price of $41, meaning somebody else is willing to sell the stock for $41. The difference between the two is the bid-ask spread.

Auction exchanges—or the auction market—is a place where buyers and sellers put in competitive bids and offers simultaneously. In an auction exchange, the current stock price is the highest price a buyer is willing to spend on a security, while the lowest price is what the seller will accept. Trades are then matched, and when paired together, the order is executed.

The auction market is also referred to as the open outcry system. Brokers and traders communicate physically and verbally on the trading floor or pit to buy and sell securities. Although this system is slowly being phased out by electronic systems, some exchanges still use the auction system, including the New York Stock Exchange  (NYSE).

The NYSE Closing Auction is the last event of the trading day when the closing price for each stock is determined by bringing all buyers and sellers together to establish a price for all those involved.

The NYSE closing auction is one of the busiest trading times in the U.S. equity markets when nearly 223 million shares are traded.

Although some of its functions have been transferred to electronic trading platforms, it remains one of the world’s leading auction markets, meaning specialists (called “Designated Market Makers”) are physically present on its trading floors. Each specialist specializes in a particular stock, buying and selling the stock in the auction.

These professionals are under competitive threat by electronic-only exchanges that claim to be more efficient—that is, they execute faster trades and exhibit smaller bid-ask spreads—by eliminating human intermediaries.

Companies listed on the NYSE have great credibility because they have to meet initial listing requirements and comply with annual maintenance requirements. To keep trading on the exchange, companies must keep their price above $4 per share.

Investors who trade on the NYSE benefit from a set of minimum protections. Among several of the requirements that the NYSE has enacted, the following two are especially significant:

Many exchanges now allow trading electronically. There are no traders and no physical trading activity. Instead, trading takes place on an electronic platform and doesn’t require a centralized location where buyers and sellers can meet.

These exchanges are considered more efficient and much faster than traditional exchanges and carry out billions of dollars in trades each day. The Nasdaq is one of the world’s leading electronic exchanges.

The Nasdaq is sometimes called screen-based because buyers and sellers are only connected by computers over a telecommunications network. Market makers, also known as dealers, carry their own inventory of stock. They stand ready to buy and sell stocks on the Nasdaq and are required to post their bid and ask prices.

The exchange has listing and governance requirements similar to the NYSE. For example, a stock must maintain a $4 minimum price. If a company does not maintain these requirements, it can be delisted to an over-the-counter (OTC) market. For example, on the New York Stock Exchange (NYSE), if a security’s price closed below $1.00 for 30 consecutive trading days, that exchange would initiate the delisting process.

On average, more than 5 million trades are executed via the Nasdaq on a daily basis.

Electronic communication networks (ECNs) are part of an exchange class called alternative trading systems (ATSs). ECNs connect buyers and sellers directly because they allow a direct connection between the two; ECNs bypass market makers. Think of them as an alternative means to trade stocks listed on the Nasdaq and, increasingly, other exchanges such as the NYSE or foreign exchanges.

There are several innovative and entrepreneurial ECNs that are generally good for customers because they pose a competitive threat to traditional exchanges, and therefore push down transaction costs. Although some ECNs allow retail investors to trade, ECNs are mostly used by institutional investors, which are firms that invest large sums for other investors, such as pension fund managers.

Examples of ECNs include Nasdaq’s Interbank Network Electronic Transfer (INET) and Arca Options, which are overseen by the NYSE.

Electronic communication networks (ECN) enable brokerage firms and traders from various geographical regions of the world to trade outside the normal trading hours of major exchanges.

The term over-the-counter (OTC) refers to markets other than the organized exchanges described above. OTC markets generally list small companies, many of which have fallen off to the OTC market because they were delisted. Two of the major OTC markets include:

The Over-the-Counter Bulletin Board (OTCBB) was an electronic community of market makers. Companies that fall off the Nasdaq often ended up here. Once on the OTCBB, there were no quantitative minimums or no minimum annual sales or assets required to list. The OTC Bulletin Board was closed in November 2021.

The second OTC market is referred to as the Pink Sheets, a listing service that doesn’t require companies to register with the Securities and Exchange Commission (SEC). Liquidity is often minimal, and these companies are not required to submit quarterly 10Qs.

Some individual investors are wary of OTC stocks because of the extra risks involved. On the other hand, some strong companies trade on the OTC. In fact, several larger companies have deliberately switched to OTC markets to avoid the administrative burden and costly fees that accompany regulatory oversight laws such as the Sarbanes-Oxley Act.

You should also be careful when investing in the OTC if you do not have experience with penny stocks, as these primarily trade over-the-counter.

There are many other exchanges located throughout the world, including exchanges that trade stocks and bonds as well as those that exchange digital currencies.

The TSE has more than 3,800 listed companies, with a combined market capitalization of more than $5.6 trillion.

The Shanghai Stock Exchange (SSE) is the largest in mainland China. Many investments are traded on the exchange, including stocks, bonds, and mutual funds. The Shenzhen Stock Exchange (SZSE) is the second-largest stock exchange operating independently in China.

Euronext is Europe’s largest stock exchange, and although it has undergone multiple mergers, it was initially formed by the mergers of the Amsterdam, Paris, and Brussels stock exchanges. The London Stock Exchange (LSE) is located in the United Kingdom and is the second-largest exchange in Europe.

The most popular index within the LSE is the Financial Times Stock Exchange (FTSE) 100 Share Index. The “Footsie” contains the top 100 well-established publicly traded companies or blue-chip stocks.

Binance is the leading global exchange for cryptocurrencies with an average trading volume of 2 billion per day. In the past, Binance accounts weren’t able to be funded with USD but that changed, and you can make deposits via SWIFT transfer.

Kraken is a San Francisco-based cryptocurrency exchange where investors can buy or sell cryptocurrencies using various fiat currencies, including U.S. dollars, euros, Canadian dollars, and the Japanese yen. More than a dozen virtual currencies can be traded via the Kraken exchange, including Bitcoin, Ethereum, EOS, and Monero. As in the case of most crypto exchanges, investors need to establish and fund their digital wallet, which links to the trading account.

What Is a Simple Definition of Stock Exchange?

A stock exchange is a market that brings together buyers and sellers to facilitate investments in stocks.

What Are the 3 Major Stock Exchanges in the U.S.?

What Is the Difference Between Stock Exchange and Stock Market?

A stock exchange is a marketplace or the infrastructure that facilitates equity trading. On the other hand, a stock market is an umbrella term representing all of the stocks that trade in a particular region or country. A stock market is often represented as an index or grouping of various stocks such as the S&P 500.

What Is the Purpose of a Stock Exchange?

Every stock must list on an exchange where buyers and sellers meet. The two big U.S. exchanges are the NYSE and the Nasdaq. Companies listed on either of these exchanges must meet various minimum requirements and baseline rules concerning the “independence” of their boards.

But these are by no means the only legitimate exchanges. Electronic communication networks are relatively new, but they are sure to grab a bigger slice of the transaction pie in the future. Finally, the OTC market is a fine place for experienced investors with an itch to speculate and the know-how to conduct a little extra due diligence.