Peer e Kamil Novel by Umera Ahmed is a story focusing on a devotional sect which violates the finality of our Prophet Muhammad (P.B.U.H) meanwhile, narrating a heart wrenching journey of two unhappy souls; Salaar Sikandar, a genius with an outstanding I.Q who has complicated queries about life and Imama Hashim, an ordinary girl with a stable family. Both are poles apart in terms of spiritual awakening. Destiny maneuvers their lives to cross each other’s paths, until Salaar falls in love with Imama after facing a horrifying experience that totally changes the course of his life.
It was published in Shuaa Digest from July 2003 to February 2004.

It is justified. Yes, it gets somewhat unbelievable to ponder over the changes in Salaar, the protagonist, but we know all the reasons. That’s the beauty of it all.

Set against the backdrops of Islamabad, America, Paris and Lahore; Peer e Kamil Novel tells the story of a boy blinded by his own misgivings about life. It is his journey into a man who is a complete opposite of the boy he was.

At first, the subtly persuasive personality of Umaima irritates and amuses Salaar. But as the time goes on, he cannot understand his obsession with her. All he did was spend a few hours with Umaima, but those few hours and the words that were exchanged between them, haunts him. They come into his mind when he least expects them to, making him question his way of living life. Ultimately, his thoughts force Salaar headfirst into depression and he finds nothing worth living for. He tries to pray, but fails miserably.

Being an extraordinary student, he has always been so far gone heady into the feeling of superiority that he is ever unable to decipher the meaning of ‘Siratum Mustaqeem’ or the right path. He doesn’t know what the right path constitutes and why it is for humans led astray. And of all the people he has ever met in life, he loathes the one who claims to be religious. Those people are the worst because to him they just exaggerate everything about themselves to the hilt.

Time goes on and Salaar finds himself changing. His transformation is complete during the late hours of the night when he is tied to a tree wearing only his Bermuda shorts. There he truly understands the next levels of ecstasy, the thing that always eluded him. This scene reminded me of a somewhat similar scene from Brida by Paulo Coelho.

Peer e Kamil Novel is about following the path of righteousness. It is about un-deterring faith in the face of every difficulty in life. It teaches a profound lesson about how to live and how our life will achieve a meaningful stage. It is about finding ourselves through our Creator. Peer e Kamil Pdf is about the search for life itself. 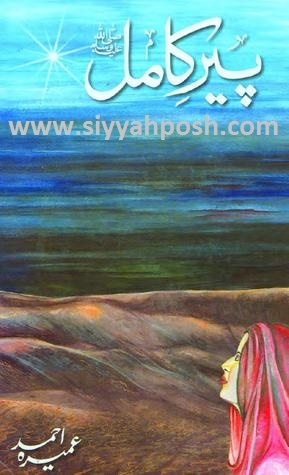 Peer e Kamil Novel by Umera Ahmed is my most favorite and the first Umera Ahmed’s book that I read, following her other books.
Salar was an obnoxious guy that I hated most. He gradually transformed into a good guy and the story of his transformation and “realization of self” is what Peer e Kamil Novel is about.

Many people criticize about Salar’s I.Q. level and that why he is shown as an extra-ordinary guy. Please guys, when it comes to “the model of inspiration” as a modest man, we always exemplify the best.

This is the book that changed my outlook on life. The book that made me realized where I stand in others lives. That its never about how pretty you are, how rich you are or how genius you are. The moment you disappear into shadows, people forget about you.

The only thing matters is how good you are as a person, as a human being. How compassionate you are towards those others. How you can inspire and positively change lives of others. How you can show them the right path. How you can be the light guiding them when they are blinded by the negativity and arrogance.

I would recommend every Urdu reader to read this book.