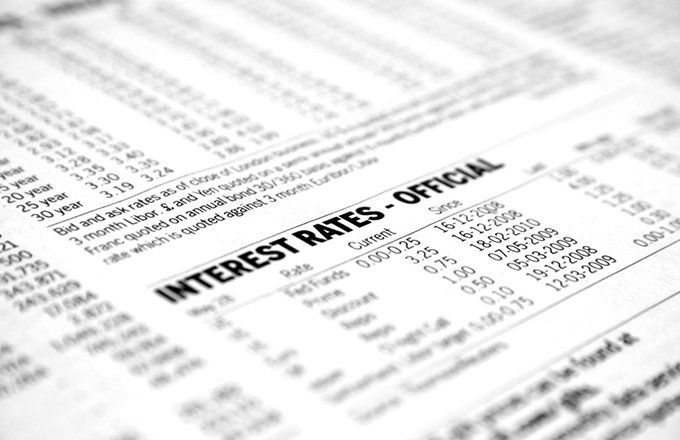 Dividend-paying stocks form a major component of many investors’ portfolios, and with good reason. Since 1926, dividends have contributed nearly one-third of total equity return for U.S. stocks, while capital gains have contributed two-thirds, according to Standard & Poor’s.

Dividend payers assume greater importance in an environment of record low interest rates, such as the one that prevailed in most parts of the world from 2009 through the early 2020s. But do changes in interest rates affect dividend payers? Let’s begin by taking a brief look at dividends and payout ratios.

Dividends are distributions made from after-tax profits by a company to its shareholders. While the choice of the amount of dividends paid, and their frequency, is entirely up to the company, many companies follow a policy of paying quarterly dividends that are increased steadily over time.

A less rigorous definition of the payout ratio uses cash flow from operations rather than EPS in the denominator. To keep it simple, we calculate payout ratios using EPS throughout this discussion.

This phenomenon is intuitively easy to understand. When interest rates are rising, a company with a high debt load will see its debt-servicing costs increase significantly since it will have to pay out a greater amount of interest, which will have an adverse effect on its profitability. Another impact is the effect that higher interest rates have on discounted cash flows. Simply put, a future earnings stream of $100 has a smaller present value when it is discounted at a rate of 4% rather than 3%.

Consider a hypothetical utility company, MegaPower Inc., which has 100 million shares outstanding. The shares are trading at $50, giving MegaPower a market capitalization of $5 billion. MegaPower also has $4 billion in debt of various maturities – short-term and long-term – bearing different interest rates; the weighted average interest rate on its debt is 5%. MegaPower’s annual interest bill is therefore $200 million. In addition, MegaPower pays a quarterly dividend of $0.50 per share, for a dividend yield of 4% (i.e. ($0.50 x 4) / $50 = 4%); this means the company pays out $200 million annually as dividends.

Let’s say that MegaPower earns EBIT (Earnings before Interest and Taxes) of $550 million in a given year. Assuming a tax rate of 35%, here’s what its dividend payout ratio looks like:

(in $ millions except EPS and DPS)

Assume that in the following year, because interest rates have risen quite a bit, MegaPower had to roll over its maturing debt at higher rates, resulting in the weighted average interest rate on its debt rising to 6%. Its annual interest bill is now $240 million. Assuming the same level of EBIT, here’s the revised dividend payout ratio:

(in $ millions except EPS and DPS)

If MegaPower is trading at $50 and earns $2.275 in EPS, the stock’s price-earnings ratio (P/E) would be approximately 22. If it continues to trade at the same P/E ratio, but now earns $2.015 in EPS – which represents an earnings decline of 11.4% – the stock should theoretically trade at $22.17 (i.e. $2.015 x 11). While this is a rather simplistic explanation, in reality, stocks whose earnings are forecast to decline over time might trade at lower P/E multiples in future, a phenomenon known as multiple compression.

There are two main reasons why interest rate changes have an effect on dividend payers:

1. Impact on corporate profitability – As seen in the earlier section, changes in interest rates can have an impact on corporate profitability and constrain the ability to pay dividends, especially for debt-laden companies in sectors like utilities. What if a dividend-paying company has little or no debt but extensive foreign operations? In this case, the mere prospect of rising interest rates in the U.S. – as for example, in the first half of 2015 – can have an indirect impact on profitability through two avenues:

(a) A stronger U.S. dollar, which reduces the contribution from overseas earnings and thus adversely affects the bottom line, and

(b) Lower commodity prices thanks to their negative correlation with the U.S. dollar, which can significantly affect profitability of commodity producers.

2. Competition from other sources of yield – When interest rates rise, other sources of yield such as short-term Treasury bills and certificates of deposit begin to look more attractive to investors, especially if stocks encounter greater volatility. Stocks would also face competition from longer-term bonds, whose yields would rise as bond prices decline in line with rising interest rates. Investors often compare the dividend yield of a benchmark index like the S&P 500 to the yield of the U.S. 10-year Treasury to assess the relative attraction of stocks versus bonds.

As of Q2 2022, the S&P 500 had a dividend yield of about 1.4%, compared with the 10-year Treasury yield of around 2.50%. Between 2010 and 2020, there were times when the 10-year Treasury yield dipped below the S&P 500’s dividend yield. Given that stocks offer the prospect of capital appreciation in addition to dividends, bonds offer very limited competition when their yields are near record lows.

There are some notable exceptions to the rule that interest rate changes have an effect on stocks with above-average dividend yields.

For instance, banks generally pay sizeable dividends. However, they tend to do well when interest rates are rising, because rates usually trend higher when the economy is doing well. Banks are major players in most economies, so as the economy strengthens and the yield curve steepens, their net interest margins (the difference between their borrowing and lending rates) improves, which has a positive impact on their profitability.

The best-run companies also manage to boost dividends even when interest rates are rising. Standard & Poor’s has a Dividend Aristocrats index that includes S&P 500 companies which have raised dividends every year for the last 25 consecutive years or more. As of Q2 2022, as many as 65 companies in the S&P 500 had raised dividends every year from at least 1995, a period that included three distinct phases of rising interest rates. These Dividend Aristocrats include many household names such as 3M Co. (MMM), Chevron Corp. (CVX), Coca-Cola Co. (KO), Johnson & Johnson (JNJ), McDonald’s Corp. (MCD), Procter & Gamble Co. (PG), Wal-Mart Stores Inc. (WMT) and Exxon Mobil Corp. (XOM).

Interest rate changes have an effect on prices of dividend-rich stocks in interest rate sensitive sectors like utilities, pipelines, telecommunications and REITs. Banks and Standard & Poor’s Dividend Aristocrats are exceptions to this rule.