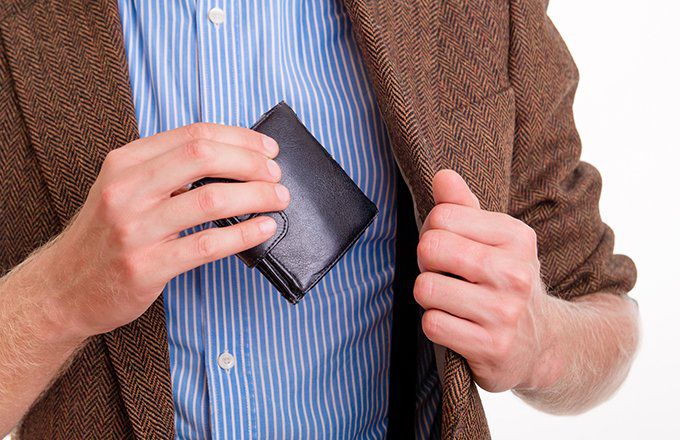 Paying off debt is no easy task, especially if you pay the minimum amount due each month. To get free and clear, you often have to accelerate payments. There are two distinct strategies to settle outstanding balances: the debt avalanche method and the debt snowball method.

Both debt avalanche and debt snowball apply to most kinds of consumer debt: personal, student, and auto loans; credit card balances; medical bills. They do not work with, and shouldn’t be tried with, mortgage repayments.

Each method requires that you list out your debts and make minimum payments on all but one of them. Then, once the card is paid off, you target another balance, and so forth until you have erased your debts. You can also use a combination of the two methods. Choose a debt that’s relatively small (a la the snowball method) but that carries a high-interest rate (for the avalanche approach) to tackle first. If both methods appear insufficient, you may want to consider debt relief instead.

The two strategies diverge over which debt you single out first. In the debt avalanche method, you pay extra money toward the debt with the highest interest rate. With the debt snowball method, you pay down the smallest debt first and work your way up, regardless of the interest rate. While both are helpful strategies to get debt out of your life, one method might be more straightforward for you to stick with and significantly impact your finances.

For example, if you have $3,000 extra to devote to debt repayment each month, then the debt avalanche method will make your money go the furthest. Imagine that you have the following debts:

By switching the order of your debts, you save hundreds of dollars in interest. For individuals with more significant amounts of debt, the avalanche method can also reduce the time it takes to pay off the debt by a few months.

Advantages and Disadvantages of the Debt Avalanche Method

Just by switching the order of your debt payoffs, you can save hundreds of dollars in interest payments with the debt avalanche approach. For individuals with more significant amounts of debt, the avalanche method can also reduce the time it takes to pay off the debt by a few months.

The debt avalanche method is the best strategy to save money and time, but it does have its downsides. It mainly requires discipline—to put all your extra allocated money into paying off a particular debt, not just the minimum. The debt avalanche will not work as effectively if you lose motivation and skip a month or two of strategic repayments.

The debt avalanche approach also assumes a specific, constant amount of discretionary income that you can apply towards your debts. A bump-up in daily living expenses or an emergency could throw a crimp into the plan.

The debt snowball method involves paying off the smallest debts first to get them out of the way before moving on to bigger ones—kind of a “tackle the easy jobs first” approach. You list all the outstanding amounts you owe in ascending order of size. You target the first one to pay off first, putting as much extra money into each payment you can afford. The others you pay just the minimum on. You target the next-smallest one for the extra-payment treatment when the first debt is settled.

Let’s see how the snowball effect works on our previous debt example. To recap, you have $3,000 extra to devote to debt repayment each month, and you have the following:

The snowball method would have you focus on the car loan first because you owe the smallest amount of money on it. You’d settle it in about three months, then tackle the other two. As with the debt avalanche method, you’d become debt-free in about 11 months. However, you would have paid $1,514.97 in interest—about $500 more overall.

The average credit card balance in the U.S., according to a 2021 Experian report.

Advantages and Disadvantages of the Debt Snowball Method

It’s not easy to get excited about paying off what you owe, and it’s even more complicated if you don’t seem to be making a dent in your debt; without a sense of progress, you can become prone to throw in the towel early on. The debt snowball method’s significant advantage is that it helps build motivation. Because you see fast results—eliminating some outstanding balances entirely in only a few months—it encourages you to stick with the plan. That mountain of debt doesn’t seem so unscalable after all. Plus, it’s easy to implement—no need to compare interest rates or APRs; just look at each sum you owe.

The big drawback of the debt snowball is that it can be more expensive overall. Because you’re prioritizing balances over APRs, you could pay more money in interest. Getting completely free and clear could take more time, too, depending on the nature of the debts and how frequently the interest on them compounds.

Both the snowball method and the avalanche method are types of accelerated debt repayment plans—ways of speeding up the retirement of your debts by paying more than the minimum due on them each month. Of course, both assume you can afford to commit extra funds to regularly pay down what you owe. If your income is irregular or unstable—or if you think a layoff is imminent—you might want to stick with making minimum payments.

If you’re applying one of these strategies to credit card balances, they should be credit cards you don’t plan to use for new purchases. You can’t pay off a balance if you continuously add to it.

Finally, exceptional circumstances with certain debts may alter your repayment schedule, so watch out for them. However, whatever debt repayment method you’re using, you’d want to clear this balance before the particular introductory rate period ends—regardless of how it compares to your other bills. Otherwise, you’ll just have added a fresh pile to your interest-rate-bearing obligations.

What Does Debt Snowball Mean?

The debt snowball is a type of accelerated debt repayment plan where you list all your debts and pay them off from smallest to largest balance. Once you pay off one card, you send that payment to the next card, and so forth, until you are done.

Does the Debt Snowball Really Work?

The debt snowball can effectively settle just about any debt, except for mortgage loans. A lot of its appeal is psychological. It has the debtor target small balances to pay off first and provide a motivational boost.

Which is Better, a Debt Snowball or Debt Avalanche?

Whether a debt snowball or a debt avalanche is better depends on whether we’re speaking in financial or psychological terms. In terms of saving money, a debt avalanche is preferable. Since it has you pay off debts based on their interest rates—targeting the most expensive ones first—it means you end up paying less in interest. Some people find it much easier to stay motivated when they pay off smaller debts first, regardless of their interest rates. It depends on what motivates you.

Should I Pay Off Big Debt or Small Debt First?

Whether you should pay off big debt or small debt first depends on your psychological makeup, like whether or not paying off small debts will inspire you to stay on a repayment program. However, paying off big debt is more cost-efficient in the long run. The larger your outstanding balance, the more interest you end up paying. So, by settling the big debt, you will save on interest, and you will free up funds for other bills and other purposes.

Is It Better to Put Money in Savings or Pay Off Debt?

Paying off debt has its advantages—especially if you’re incurring a high-interest rate on it, which is what a lot of our minimum payments go towards. Getting rid of debt will improve your credit score, helping to clear the way to finance big-ticket items, like a home, in the future, and paying off debt will free up funds for other things—like savings or investments.

As a general rule, if you can earn more interest on your money by investing it than your debts are costing you, it makes sense to invest. But it doesn’t have to be an either/or proposition—you can try to do a little of both, simultaneously.