Can You Make Money With Forex? Is It Worth It? 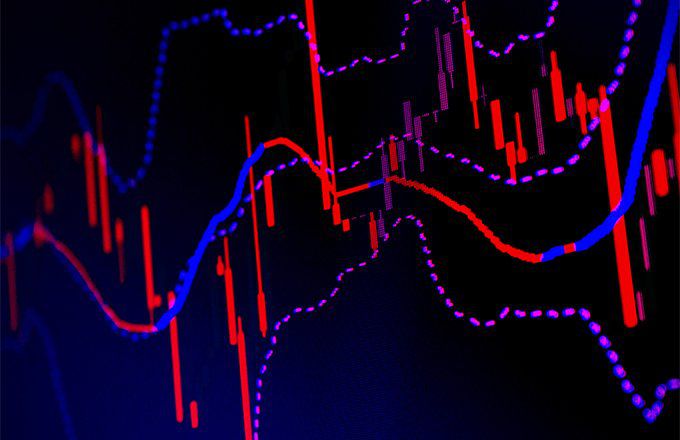 Can forex trading make you rich? Although our instinctive reaction to that question would be an unequivocal “No,” we should qualify that response. Forex trading may make you rich if you are a hedge fund with deep pockets or an unusually skilled currency trader. But for the average retail trader, rather than being an easy road to riches, forex trading can be a rocky highway to enormous losses and potential penury.

The surprise move from Switzerland’s central bank inflicted losses running into the hundreds of millions of dollars on innumerable participants in forex trading, from small retail investors to large banks. Losses in retail trading accounts wiped out the capital of at least three brokerages, rendering them insolvent, and took FXCM, then the largest retail forex brokerage in the United States, to the verge of bankruptcy.

Unexpected one-time events are not the only risk facing forex traders. Here are seven other reasons why the odds are stacked against the retail trader who wants to get rich trading the forex market.

Massive forex plays, such as George Soros’ run on the British Pound that netted him over $1 billion, are very the exception and not the rule.

Although currencies can be volatile, violent gyrations like that of the aforementioned Swiss franc are not that common. For example, a substantial move that takes the euro from 1.20 to 1.10 versus the U.S. dollar over a week is still a change of less than 10%. Stocks, on the other hand, can easily trade up or down 20% or more in a single day. But the allure of forex trading lies in the huge leverage provided by forex brokerages, which can magnify gains (and losses).

Of course, had the trader been long euro at 1.20, used 50:1 leverage, and exited the trade at 1.10, the potential loss would have been $25,000. In some overseas jurisdictions, leverage can be as much as 200:1 or even higher. Because excessive leverage is the single biggest risk factor in retail forex trading, regulators in a number of nations are clamping down on it.

Seasoned forex traders keep their losses small and offset these with sizable gains when their currency call proves to be correct. Most retail traders, however, do it the other way around, making small profits on a number of positions but then holding on to a losing trade for too long and incurring a substantial loss. This can also result in losing more than your initial investment.

Imagine your plight if you have a large position and are unable to close a trade because of a platform malfunction or system failure, which could be anything from a power outage to an Internet overload or computer crash. This category would also include exceptionally volatile times when orders such as stop-losses do not work. For instance, many traders had tight stop-losses in place on their short Swiss franc positions before the currency surged on Jan. 15, 2015. However, these proved ineffective because liquidity dried up even as everyone stampeded to close their short franc positions.

The biggest forex trading banks have massive trading operations that are plugged into the currency world and have an information edge (for example, commercial forex flows and covert government intervention) that is not available to the retail trader.

Recall the Swiss franc example. High degrees of leverage means that trading capital can be depleted very quickly during periods of unusual currency volatility. These events can come suddenly and move the markets before most individual traders have an opportunity to react.

The forex market is an over-the-counter market that is not centralized and regulated like the stock or futures markets. This also means that forex trades are not guaranteed by any type of clearing organization, which can give rise to counterparty risk.

While the forex OTC market is decentralized, it is massive, with data from a 2019 Triennial Central Bank Survey of Foreign Exchange showing that more than $6 trillion worth of currencies trade each day.

There have been occasional cases of fraud in the forex market, such as that of Secure Investment, which disappeared with more than $1 billion of investor funds in 2014. Market manipulation of forex rates has also been rampant and has involved some of the biggest players. In May 2015, for example, five major banks were fined nearly $6 billion for attempting to manipulate exchange rates between 2007 and 2013, bringing total fines levied on these five banks to nearly $9 billion.

A common way for market movers to manipulate the markets is through a strategy called stop-loss hunting. These large organizations will coordinate price drops or rises to where they anticipate retail traders will have set their stop-loss orders. When those are triggered automatically by price movement, the forex position is sold, and it can create a waterfall effect of selling as each stop-loss point is triggered, and can net large profits for the market mover.

Forex trading can be profitable but it is important to consider timeframes. It is easy to be profitable in the short-term, such as when measured in days or weeks. However, to be profitable over multiple years, is usually much easier when you have a large amount of cash to leverage, and you have a system in place to manage risk. Many retail traders do not survive forex trading for more than a few months or years.

Although forex trades are limited to percentages of a single point, they are very high risk. The amount needed to turn a significant profit in forex is substantial and so many traders are highly leveraged. The hope is that their leverage will result in profit but more often than not, leveraged positions increase losses exponentially.

Is Forex Riskier Than Stocks?

Forex trading is a different trading style than how most people trade stocks. The majority of stock traders will purchase stocks and hold them for sometimes years, whereas forex trading is done by the minute, hour, and day. The timeframes are much shorter and the price movements have a more pronounced effect due to leverage. A 1% move in a stock is not much, but a 1% move in a currency pair is fairly large.

If you still want to try your hand at forex trading, it would be prudent to use a few safeguards: limit your leverage, keep tight stop-losses, and use a reputable forex brokerage. Although the odds are still stacked against you, at least these measures may help you level the playing field to some extent.