A Brief History of Bear Markets 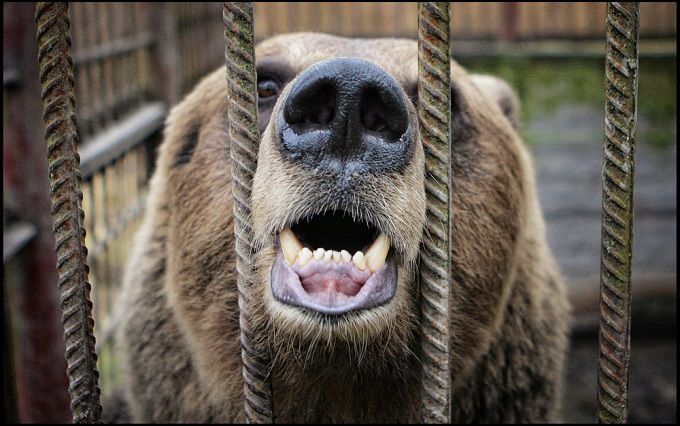 On March 11, 2020, the Dow Jones Industrial Average (DJIA) entered a bear market for the first time in 11 years, falling from all-time highs—approaching 30,000 a few weeks prior—to under 19,000 a few days later, amid the economic impacts of the COVID-19 pandemic.

The S&P 500 and the Nasdaq followed suit shortly after. Throughout 2020 and into 2021, however, markets rebounded as optimism about vaccines and a global economic recovery took hold. Still, as the COVID-19 case shows, bear markets can materialize, even amidst an otherwise healthy economy.

Case in point: in May of 2022, markets again reeled, led by a fall in tech stocks, and hovering at around the bear market threshold (-20% from a recent high). It remains uncertain whether the markets will bounce off this level or proceed into bear market territory once again.

When the Bear Comes

One definition of a bear market says markets are in bear territory when stocks, on average, fall at least 20% off their high. But 20% is an arbitrary number—just as a 10% decline is an arbitrary benchmark for a correction.

Another definition of a bear market is when investors are more risk-averse than risk-seeking. This kind of bear market can last for months or years, as investors shun speculation in favor of more stable financial investments.

Several leading stock market indexes around the globe endured bear market declines in 2018. Similarly, oil prices were in a bear market from May 2014 to February 2016. During this period, oil prices fell continually and unevenly until they reached a bottom.

Bear markets can happen in sectors and in the broadest markets. The longest time horizon for investors is usually the time between now and whenever they will need to liquidate their investments (for example, during retirement). Over the longest-possible term, bull markets have gone higher and lasted longer than bear markets.

Bears of All Shapes and Sizes

Bear markets have come in all shapes and sizes, showing significant variation in depth and duration.

The bear market that started in March of 2020 began due to a number of factors, including shrinking corporate profits and, possibly, the sheer length of the 11-year bull market that preceded it. The immediate cause of the bear market was a combination of persistent worries about the effect of the COVID-19 pandemic on the world economy and an unfortunate price war in oil markets between Saudi Arabia and Russia that sent oil prices plunging.

Between April 1947 and April 2022, there have been 14 bear markets, ranging in length from one month to 1.7 years, and in severity from a 51.9% drop in the S&P 500 to a decline of 20.6%, according to an analysis by First Trust Advisors based on data from Bloomberg (and since 1928, there have been 25 such events). The correlation between these bear markets and recessions is imperfect.

This chart from Invesco traces the history of bull and bear markets and the performance of the S&P 500 during those periods.

In three other bear markets, the stock market decline began before a recession officially got underway. The dotcom crash of 2000 to 2002 also was spurred by a loss of investor confidence in stock valuations that had reached new historic highs. The S&P 500 tumbled by 36.8% over the course of 1.5 years, punctuated by a brief recession in the middle.

Stock market declines of 36.1% in the late 1960s and 48.2% in the early 1970s, lasting 1.5 years and 1.7 years, respectively, also began ahead of recessions and ended shortly before those economic contractions bottomed out.

The average length of a bear market is around 9.5 months and occur, on average, around 3.5 years apart from each other.

Some of the Nastiest Bear Markets (So Far)

Two of the worst bear markets in history were roughly in sync with recessions. The stock market crash of 1929 was the central event in a grinding bear market that sliced 89% off the value of the Dow Jones Industrial Average over approximately three years.

Rampant speculation had created a valuation bubble. This led to the onset of the Great Depression, itself caused partly by the Smoot-Hawley Tariff Act and partly by the Federal Reserve’s decision to rein in speculation with a restrictive monetary policy, which only worsened the stock market sell-off.

The bear market from 2007 to 2009 lasted 1.3 years and sent the S&P 500 down by 51.9%. The U.S. economy had slipped into a recession in 2007, accompanied by a growing crisis in subprime mortgages, with increasing numbers of borrowers unable to meet their obligations as scheduled. This eventually snowballed into a general financial crisis by September 2008, with systemically important financial institutions (SIFIs) across the globe in danger of insolvency.

Complete collapses in the global financial system and the global economy were averted in 2008 by unprecedented interventions by central banks around the world. Their massive injections of liquidity into the financial system, through a process called quantitative easing (QE), propped up the world economy and the prices of financial assets such as stocks by pushing interest rates down to record low levels.

Can You Profit From a Bear Market?

You can make money when markets fall by taking short positions. This can be done by selling short stocks or ETFs, buying inverse ETFs, buying put options, or selling futures.

Not necessarily. Of the 25 bear markets that have occurred since 1928, fourteen (56%) have also seen recessions while eleven have not (44%).

Which Was the Worst Bear Market?

To date, the deepest and most prolonged bear market was the 1929-1932 slump that was accompanied by the Great Depression.

The most recent bear market was the result of a global health crisis compounded by fear, which initially triggered a wave of layoffs, corporate shutdowns, and financial disruptions. But markets recovered—as they always have over time. The methods for measuring the length and magnitude of bull and bear markets alike differ among analysts. According to criteria employed by Yardeni Research, for example, there have been 25 bear markets since 1928. The most recent bear market will almost certainly not be the last.