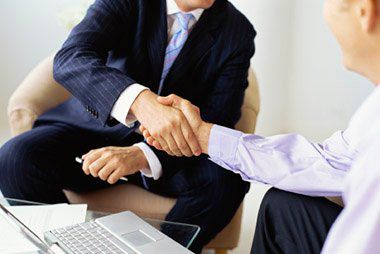 Chances are you have used a fiduciary before, and chances are you’ve been a fiduciary to someone else before. Whether or not you realize it, fiduciaries play a critical part in life as well as finance. Let’s define who a fiduciary is and some misconceptions about what they do.

What Is a Fiduciary?

A fiduciary holds a responsibility that is considered the highest standard of care under the law. A fiduciary relationship involves two parties: the fiduciary and the client (or a group of clients), where the former has an obligation to put the client’s needs in front of their own. If you’ve ever watched your friend’s dog, carried someone else’s groceries, or driven someone else’s car, you were a fiduciary over their asset.

Just as some countries have laws requiring the captain to be the last person to leave a ship in distress, financial advisors are fiduciaries. They have a legal obligation to act in your interest even though they are overseeing money that is not theirs. If they don’t, they can face civil and even criminal penalties under the law.

Unfortunately, not all fiduciaries always act in your interest. In addition, there are specific risks to consider when entering into a fiduciary-client relationship. Here are five items to consider to protect yourself and your assets – even if you’re not the one managing them.

Misconception #1: Everybody Is a Fiduciary.

The fiduciary relationship is created in two ways: ethics and law. Although someone may be ethically bound to acting in your best interest, that person may not automatically be a fiduciary for that reason. Often, there must be legal precedence to bind an individual into their fiduciary status.

Just because someone is a financial advisor doesn’t mean they are a fiduciary. Unless your financial advisor is bound by a set of standards, there is no fiduciary-client relationship. For example, a Certified Financial Planner (CFP) is bound by their professional designation’s Code of Conduct. By being a charter holder and agreeing to uphold the standards of the license, the advisor is bound into a fiduciary relationship.

Misconception #2: There Is Always a Test or License.

Fiduciaries gain the title by actions, not education. Some fiduciaries are Chartered Financial Analysts (CFA) who went through a grueling process to gain the certification. Others may have taken a test to become registered investment advisors.

Alternatively, many fiduciaries enter into their position based on an executed agreement. Fiduciaries can be hired by companies that need an independent third party to oversee a process or plan. Volunteers for a non-profit that serves on an investment committee sign agreements to act in the best interest of the organization. If somebody finds your credit card on the ground, the law dictates what actions they are (and more importantly are not) allowed to do.

A 3(16) fiduciary is a service provider typically hired by a company to administer their retirement plan. The plan administrator follows a set of duties to ensure the plan is in compliance with regulatory guidelines.

It’s true that a fiduciary who breaches their duty may face tough civil and criminal penalties but proving that a fiduciary breached their responsibility can be difficult to prove in court. If a fiduciary believes that they were acting in the best interest of their client when placing that client in an investment that later resulted in great losses, that isn’t necessarily a breach of the standard.

As an example, imagine you ask your financial advisor to shelter your portfolio from risk even at the expense of sacrificing potential profit. Your financial advisor later tells you your portfolio has lost 25% of its value. Your advisor may have followed your instruction and performed their fiduciary duty, though the outcome was not in your favor. Unless a blatant offense like stolen funds has been committed, your advisor will be protected.

Misconception #4: A Fiduciary Guarantees a Profit or Protection.

Under industry rules, no financial advisor can guarantee that you will profit from any investment. If you don’t see the results you were hoping for, that doesn’t mean that your advisor breached their fiduciary duties.

Similarly, simply having a fiduciary does not guarantee unfavorable outcomes will not occur. Whether by inappropriate actions by the fiduciary or by courses of nature that no one could have controlled, outcomes can often never be guaranteed. You can still experience investment loss when a fiduciary is managing your portfolio.

The Employee Retirement Income Security Act of 1974 is federal legislation that sets the minimum standards for most retirement plans. To ensure compliance with these rules, companies often seek a fiduciary to act as an independent third party that oversees the administration of the plan(s).

Certainly, a large percentage of financial advisors are in the business to help you reach your goals and they wouldn’t knowingly advise you to take actions contrary to your best interests. Being a fiduciary means that you uphold your client’s interest first and are not self-serving. Still, some people will always be bad actors and behave in ways that violate fiduciary conduct.

Every industry has a certain amount of people who take advantage of their position to benefit themselves over others. Though bound by law, some choose to disregard their obligation and risk facing the consequence of breaking their trust as a fiduciary.

Fiduciaries are put into positions that demand trust. Each fiduciary can choose to act however they choose, whether it be act in accordance with the rules they’ve been asked to follow or act in an untrustworthy manner.

How Can You Tell If Someone Is a Fiduciary?

Someone may have a legal designation that defines them as a fiduciary. Oftentimes, fiduciaries are the individuals within a process that acts as an intermediary to oversee assets that don’t belong to themselves. Many fiduciaries do not need to be confidential and may even publicly state their fiduciary responsibilities to promote confidence in their position.

How Do Fiduciaries Get Paid?

In business, fiduciaries may be hired by companies as independent third parties to receive a fixed fee for performance. An advisor may collect fixed fees, commissions, or AUM fees for overseeing a client’s portfolio. An accountant may be charged hourly fees to be fiduciary to a client.

﻿Expect a high standard of care from your fiduciary, but never let your guard down. Nobody cares more about your money than you do. You don’t need to be an expert, but you should have enough knowledge to be able to make informed decisions about all of your financial affairs.