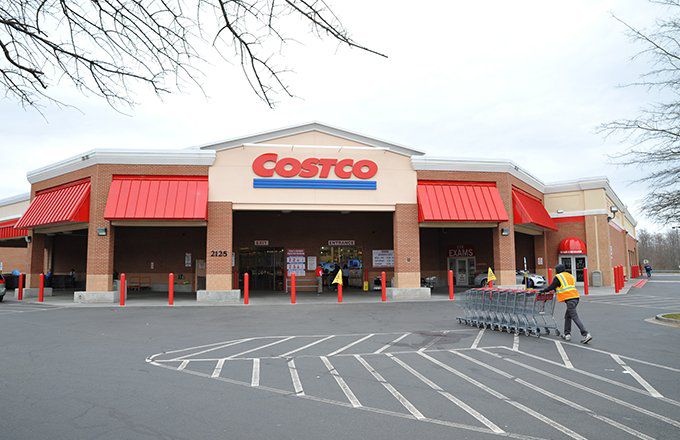 Costco Wholesale Corporation (COST) is a solid performer. Over two and a half years (from December 2019 to June 2021), the company’s share price nearly doubled. On top of this, Costco shares offer investors a $3.16 annual dividend (0.79% yield), but there is more to the Costco story.

The retailer has a unique business model that could impact its long-term outlook, earnings, and share price. At its most basic, the company’s approach is to keep prices so low that they are barely above cost and make up on lost potential revenue by selling memberships. The company also sells some of its own brands and makes a little more on these items. It offers some things online, but the bulk of its business is in-person, in-warehouse sales. In a nutshell, Costco makes a lot of its money off of those memberships.

So far, Costco has been very successful. The company boasts a membership renewal rate of over 90% in the U.S. and Canada. In 2019, its members paid roughly $3.54 billion in membership fees, which was up 6% from 2019. In turn, this means that Costco’s revenues are fairly stable, but there are risks to using this business model.

Changing consumer preferences could affect Costco. The company uses a warehouse approach. It buys certain items in large quantities and tries to sell them as quickly as possible. But the method only works if it can maintain those high volumes. If consumer preferences change, Costco could be left with large amounts of unwanted, and possibly perishable, goods.

One of the biggest problems with Costco’s business model is its dependence on memberships. This strategy works well as long as its members keep coming back and continue purchasing items in bulk as they have historically, but several issues could affect that trend. Customers could choose to move their memberships to a competitor, such as Walmart’s Sam’s Club. Membership costs—which range between $60 and $120 per year at Costco—are roughly the same at other wholesale retailers and the discounts are fairly similar as well. The only real difference is selection, and that is also tied to consumer preference.

Simply put, if consumer demand for products changes, Costco could lose out. Also, Costco competes against specialty retailers, such as Office Depot, PetSmart, and Amazon’s Whole Foods. Customers looking for certain products may prefer those retailers over Costco.

Right now, most retailers are adopting an omnichannel focus, which offers the option to buy products online or in stores. Consumers today use different connected devices to shop online, research products, and compare prices. While Costco’s emphasis on the warehouse allows the bulk discount retailer to keep prices very low, it does not really translate to the type of omnichannel experience many customers expect now. Costco is making some investments towards that goal, such as by testing out curbside pickup in select locations, but there is no guarantee that those efforts will be successful or that the changes will be implemented in time for the company to remain competitive.

When buying in bulk, transporting everything home can be a real problem. For people in urban areas who may be unable to park near their buildings or families with young children who may find transporting bulk goods too much to handle, it can be a deciding issue.

Costco offers some online services, but there are other discount bulk providers such as Amazon Prime that offer similar deals and free shipping. Amazon offers Prime membership, which includes free shipping, streaming video, and several other benefits, for $119 per year.